Irish in Argentina: Not always a successful diaspora story 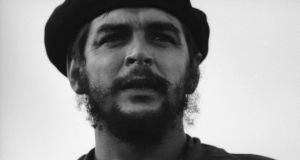 Sitting in her high-ceilinged living room in Buenos Aires, Ginger Kearney, third generation Irish-Argentine, leaned toward me and whispered,

“They didn’t mention the past. Everyone here says that. No history. Nothing.”

“I think it was a sort of trauma for them.”

“Trauma” is not the term usually associated with Ginger’s community. Instead, the Irish in Argentina are considered an unusual migrant success story, an exotic alternative to that of their historically marginalised contemporaries in the US and Britain.

Today, there are towns in the Argentine Pampas named “Duggan” and “O’Brien” to memorialise their affluent Irish landowners. St Patrick’s Day in Buenos Aires is commemorated every year in the ostentatiously upper-class cemetery of Recoleta, by the gravestones of two men: William Brown, founder of Argentina’s first navy; and Fr Anthony Fahy, chief architect of the resettlement of some 60,000 Irish to Argentina between 1840 and 1889.

White, English-speaking, masculine and politically conservative, Brown and Fahy personify the spirit of Irish Argentina that, since the beginning, the Irish-Argentine elite sought to manifest in the public imagination.

Ireland too has glommed on to a glamorous interpretation of Irish-Argentina. This was epitomised in 2015, when Dublin buses featured an image of iconic Che Guevara to advertise the opening of Epic, the Irish diaspora museum on Dublin’s Custom House Quay.

Hidden from the official record, however, are the stories of economic struggle, class division and human atrocity that characterise the ordinary Irish-Argentine experience over the past century. And, as shown in my recently-published book, The Irish in Argentina: Linguistic Diasporas, Narrative and Performance, the salubrious “memory” that persists today around Irish-Argentina is, in fact, the invention of an Irish-Argentine elite that has grafted the social aspirations of the few onto the memories of the many.

Che Guevara is an obvious casualty of the Irish-Argentine elite’s war on memory. During two years of interviewing Irish descendants in Argentina between 2010 and 2012, I did not hear the social revolutionary’s name mentioned once. Absent too was Rodolfo Walsh, an Irish-Argentine writer whose work was proclaimed by Gabriel Garcia Marquez as “the jewel of South American literature.”

Today, a life-size mural of Rodolfo Walsh’s face is painted in the entrance to the University of Buenos Aires’ Department of Sociology. A metro station in downtown Buenos Aires bears his name. But, within the annals of Irish-Argentina, Rodolfo Walsh is entirely absent. At one point, while interviewing in the Fahy Irish Club in Buenos Aires, I asked why.

“We are not friendly with his memory,” a man named Francisco responded. The subject is changed.

(I discover later that Rodolfo Walsh was murdered by state forces in March 1977, the day after he published an open letter to the Argentine military, accusing it of human rights abuses.)

More troubling still is the community’s silencing of the horrors suffered by ordinary Irish-Argentines during Argentina’s seven year military dictatorship, from 1976 to 1983. Take, for example, the tragic story of Irish-Argentine priest, Alfie Kelly. On July 4th 1976, Alfie Kelly and four fellow priests were assailed by Argentine naval officers while sitting at their supper table in St Patrick’s parochial house. All were brutally murdered, their bodies casually left in their execution sites.

Graffiti was scrawled on the wall as a warning to others who made the mistake of sympathising with the plight of thousands of “disappeared” Argentines. To this day, no explanation for the murders have been received by the priests’ families nor demanded by an Irish-Argentine community that had little interest in aligning itself with what is shrugged off as “The Left”.

The casualties do not end there. In January 1977, Holy Cross Church, an iconic Irish church where generations of Irish-Argentines had gathered for over a century, was attacked by the Argentine army. Two French nuns along with a group of “Mothers of the Plaza de Mayo” were dragged from the church, where they had sought out protection against the military dictatorship’s hunt for “subversives”.

An investigation by the French Embassy into the women’s disappearances later found that the nuns had been detained in a military headquarters, tortured, then thrown from an airplane into the river that surrounds Buenos Aires’ metropolis.

The Irish-Argentine community responded by abandoning the church built by their ancestors, that they now perceived to distastefully reverberate with the presence of a left-wing agenda.

Rita Rafferty, third generation Irish Argentine, was one of few interviewees who spoke out against her community’s refusal to tolerate anything but the grand narrative of the Irish in Argentina:

“Those two French nuns are buried there in the gardens of Holy Cross. And that is why these Irish people won’t go to Holy Cross,” she explained.

So, in the end, this is not a history of forgetting, but rather of the denial and repression of the weak over the ambitions of the mighty. And today, the memories of Irish-Argentina, whether advertised on the side of Dublin Bus or in an upper-class cemetery in Recoleta, are constructed not to accurately recount the past, but to increase the currency of the powerful.

And that is ultimately what needs to be remembered.

Dr Sarah O’Brien is Assistant Professor of Linguistics in Trinity College Dublin. The Irish in Argentina: Linguistic Diasporas, Narrative and Performance is published by Palgrave MacMillan.