How to prepare your Canadian IEC working holiday visa application

The International Experience Canada programme will open for Irish applicants soon. Here’s how to prepare 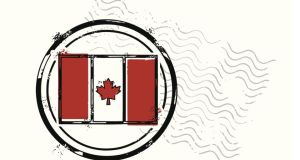 The first round of IEC working holiday visas for Canada were snapped up in a record seven minutes last year, and the second round in half an hour. Image: Getty

It’s that time of year again, when the mad scramble for Canadian working holiday visas begins.

Citizenship and Immigration Canada announced last night that the International Experience Canada (IEC) programme, under which working holiday visas are issued, is now open for the 2015 round. Over the next few weeks it will be announcing individual opening dates for each of the 32 countries involved. There is no date set yet for Ireland, but applicants are advised to check the website daily for updates.

Similar to last year, 10,700 IEC visas will be available to Irish applicants. It has not yet been confirmed whether they will be allocated in one or two rounds, or divided into separate streams - for working holidaymakers, young professionals, and “international co-op” for students/interns - as they were in 2014.

It is understood not all places on the young professional and international co-op streams were filled last year, even though the first round of working holiday visas were snapped up in a record seven minutes, and the second round in half an hour.

The Irish Canadian Immigration Centre (Ican) in Toronto has put together a handy guide to preparing the necessary documents for the IEC application. It is worth following them on Facebook as any updates will be posted there as soon as they are announced.

Cathy Murphy of Ican says interest appears to be high again this year among Irish applicants, so having your documentation ready to go in advance is key. “Preparing in advance will make the application process less stressful,” she says.

For more information about applying for an IEC visa, and other Canadian visa types, see Canada: Applying for visas or citizenship, part of The Irish Times’ Destination Canada guide.

Stylish activewear: Who said working out had to be a dull?
5

I’ve long given up trying to be cool and aloof. Now I’m an expert at small talk
Real news has value SUBSCRIBE