Can the London-Irish really call themselves Irish? 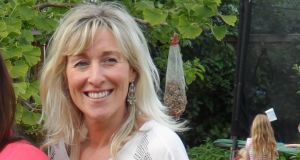 Dympna McGillen: ‘I felt very much part of an Irish culture in London. If I was asked, I probably would have said I felt more Irish than English.’

I am “London Irish” and proud.

In recent years my nationality has led me to much self-questioning… “Can the London Irish really call themselves Irish?”

Born in North London in the 1970s to Irish parents, I grew up immersed within what I affectionately term the “London Irish bubble”.

My parents moved from Ireland to London in the 60s, like so many of their generation, in search of work. My father worked in construction, and was very successful, providing myself and my sister with an extremely happy, and comfortable childhood.

I attended the local Catholic schools, where 70 to 80 per cent of the pupils were also of Irish descent.

I was taught by many Irish teachers. My whole circle of school friends were second-generation Irish.

We all shared the same heritage, and I was very aware of my Irish connection.

My parents socialised within the very strong Irish community in London. They attended Irish community dinner-dances. My father was a regular 25 card player and played GAA. Both myself and my sister learnt to Irish dance. Our parish priest was also Irish.

I was brought up listening to Big Tom and Brendan Shine. I supported Ireland in the football and rugby. We holidayed in Ireland every year. Ireland felt like my “second home”.

We rarely socialised outside the Irish circle. I felt very much part of an Irish culture in London. If I was asked, I probably would have said I felt more Irish than English.

My parents most certainly did not purposefully set out to make me feel more Irish than English, it was much more subtle than that. I was surrounded by such a strong sense of Irishness. The influences were all encompassing. It was part of my DNA after all.

We second-generation Irish grow up with such a mixed nationality. We are English-born, yet our social and cultural influences are predominantly Irish. I loved Ireland so much that in 1997 I took the unusual step of moving to Ireland. I reversed the migration pattern of previous generations.

Almost 20 years later, and still living in Ireland, I have questioned where does my allegiance really belong? Am I Irish enough to proclaim that I am now Irish? I obtained an Irish passport, so therefore, I am now by definition an Irish national. When I complete forms regarding nationality do I automatically tick the Irish box? Does my place of birth no longer matter? Has all my Englishness gone? Has my passport sealed my identity?

I confirm with certainty this is not the case. Having lived in both England and Ireland, I am very aware of their differences, and indeed my own difference. I have come to realise that I do not qualify to call myself Irish. To claim to be Irish just by virtue of my parentage is an absolute fallacy. The differences run alot deeper than the obvious difference of having an English accent. I am indeed a “blow-in”, a “Plastic Paddy”. They are derogative terms, which some would consider offensive, but they are indeed true.

My nationality is influenced by my place of birth, my education, my childhood social environment, far more than I realised, regardless of parentage.

It was during President Higgins’ State visit to the UK in 2014 that I really felt a pride of being London Irish. The visit celebrated all the achievements the Irish have made in the UK, and the obvious strong entanglements of both countries. I am a child of this generation of Irish immigrants, and this is where my nationality exists.

I have always felt welcome in Ireland, but I realise now I am just not Irish enough, and never will be. I cannot claim to be Irish, and I’m sure most Irish people would agree. I am not offended by this. I will always be a blow-in. No offense taken.

I do not claim to be English either. I am proud of my upbringing. I recognise that the second-generation London Irish are a unique, and separate identity. We all share this strong bond, and connection to Ireland, but that is in itself all it is.

If someone asks do you consider yourself English or Irish? I say neither. I am London-Irish and proud.