Brooklyn: A story that still resonates with Irish emigrants today

I identify with Saoirse Ronan’s character, torn between Ireland and a new home abroad, writes Rachel Mahon in Toronto 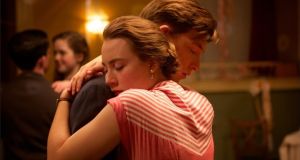 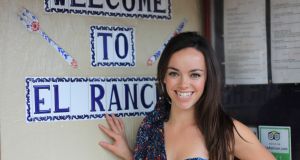 Rachel Mahon: ‘The film portrays just how grueling and lonely the first few months after leaving home can be, as you learn to navigate and make sense of a new city and culture.’

I emigrated to Toronto five years ago having struggled for a year to find work in broadcasting, after graduating from DIT. Even with the opportunities of a big city, it took me a few years to break into television production here, but I am now fully ensconced in the lifestyle and culture that Toronto has to offer.

A few weeks ago I was fortunate enough to attend the Toronto Film Festival for the premier of the film Brooklyn, starring Saoirse Ronan. After emigrating from Ireland to New York in the 1950s, her character Eilis Lacey faces the heartbreaking decision of choosing between two homes.

As I’m sure many other Irish emigrants will be when they see the film, I was struck by the parallels between my own journey to Toronto, and Eilis’s migration experience, even though they are separated by seven decades. Like her, my family was instrumental in my decision to move, relentlessly encouraging me to grab hold of the better opportunities that were open to me abroad.

I also related strongly to Eilis’s inner conflict of being torn between two places, and I’m not embarrassed to admit that I cried my way through the film, because it’s highly likely many other emigrants will too.

The film portrays just how grueling and lonely the first few months after leaving home can be, as you learn to navigate and make sense of a new city and culture. I had expected everything to fall quickly into place. Nowadays, social media inaccurately showcases our friends having the time of their lives in their respective new cities, but it doesn’t reveal the stress, frustration and hard work behind the scenes.

It took eight months before I finally felt settled, and bid farewell to the homesickness that had been hanging over me. But I can’t imagine who I would be today had I not endured those challenges of building a new life away from home. At the age of 25, I finally grew up.

On her first trip back to Ireland, Eilis sees her hometown through new eyes. This echoes my own experience, and that of all my Irish friends in Toronto. I became a tourist in my own city on visits back to Dublin, dazzled by the Christmas lights on Grafton Street, visiting museums with my granny, and raving over the beauty of the landscape. I was relieved to discover my old friendships were as strong as ever, and how easy it would be to slot back into my old life.

Yet there remains a great deal of turmoil around my decision to stay in Toronto. The greatest sacrifice Eilis has to make is to live a life where her family is absent. It pains me too that I only see my family for two weeks a year and to think of the precious time I’m losing with my grandmother, that I can’t be there for my best friend after her father’s recent death, and am regularly missing friends’ weddings and other key life events.

I also faced a grueling health issue this year. Although my family was on Skype almost daily, it didn’t come close to having that support in person. There are many times when I would give anything for a hug from my dad.

It’s the simple everyday things I miss most, like tea with friends when I would howl with laughter until my sides hurt and tears ran down my face. But the reality is, my closest friends have dispersed and moved on. A few live in Australia and the UK, while others are settling down or marrying.

In Canada, my social circles have become wider and more culturally diverse. By starting afresh, my world has become far bigger than I could ever have imagined in Ireland. Toronto moves at a faster pace, and culturally there’s something on every night of the week, with restaurants, cafes and yoga studios right on my doorstep. The healthcare, new business and personal development resources in Toronto are also fantastic.

It’s only on visits home when the plane comes in to land at Dublin airport that I can no longer deny the piece of me that I’ve left behind. Away from Toronto’s frenetic pace of life, I am forced to confront this reality.

But like many who make a move away, I have reached a point of no return. I love Toronto and could never leave my lifestyle here and everything I’ve worked so hard for in my career. My friends have become my family. In essence, I have outgrown where I came from, and who I am now is deeply rooted in Toronto.

My advice to anyone who decides to emigrate is to never underestimate how courageous you have to be. It’s not going to be easy or without sacrifice, but there’s a new life waiting for you and a city you may one day call home.

Brooklyn will be released in Irish cinemas on November 6th.