GAA World Games: ‘The competition has been fierce’

Finals between eight teams in hurling, camogie and football under way in Croke Park 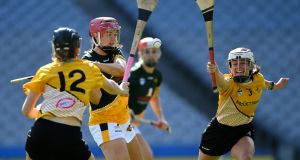 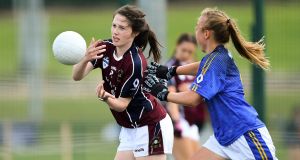 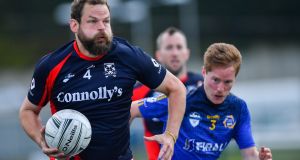 More than 1,100 players from around the world descended on Waterford earlier this week for the GAA World Games and have now made their way to Dublin for the finals on Friday.

About 85 teams battled for four days in hurling, camogie and football ahead of the final games being played in Croke Park. Players are a mix of Irish people living abroad and people who are not from Ireland.

Caroline Kelly, who is from Kerry and plays for Australasian GAA club, said she was delighted to be playing in the football final today.

“It’s been really special being part of their tournament. I didn’t know what to expect coming here but we’ve been blown away by the reception in Waterford and the competition has been fierce,” she said.

“We’re really enjoying being home again and having our supporters club beside us .... and it’s very special to have family here watching us.”

Sammy McKillen, from Co Antrim now living in Australia, is playing in the camogie finals.

“It’s nerve-wracking but exciting (playing in Croke Park),” she said.

“It’s been an absolute pleasure to playing with other emigrants.”

She said she hoped to make her father, former Antrim hurler Paul McKillen, proud and win the game.

This is the third year of the games and there are now more than 400 GAA clubs out side of Ireland. About 60 per cent of the players taking part at this year’s event were not born in Ireland.

“All over the world there are new clubs, new record numbers of participation and new people being introduced to gaelic games for the first time, and these games are a celebration of that.

“ There’s a fun and social aspect to the tournament, but the bottom line is that each of these teams have been training for months in preparation, with the goal being to secure a final spot”

There are eight world titles on offer for Irish born and then native-born teams in men’s football, ladies football, hurling and camogie.

Two of the trophies to be presented are named after Tipperary’s Rachel Kenneally (26) and Kildare native Rebecca Dowling, both footballers who died last year after cancer diagnoses.

The see the games being live streamed clickhere.