If you still haven’t taken the plunge with the latest 1990s throwback, now might be the time, because slip dresses are going nowhere. The bias-cut, spaghetti-strapped and often lace-trimmed dresses are at once daring, demure and effortless. Feminine, but unfussy, the lingerie-like dresses are the epitome of underwear-as-outwear and are designed to skim over the body while highlighting the décolletage.

First made popular by supermodels such as Kate Moss, slip dresses quickly became the go-to 1990s garment and were seen on the likes of Naomi Campbell, Jennifer Aniston, Gwyneth Paltrow and Christy Turlington. Moss wore a particularly noteworthy metallic and sheer version while posing for a 1993 photo with Campbell. The Noughties saw a lull in the trend but for the past few years, the slip dress has been moving its way back up the sartorial charts. In 2013 Abbey Lee Kershaw stunned in an elegant but risqué slip dress at the Met ball and Rihanna has as good as made it her uniform. 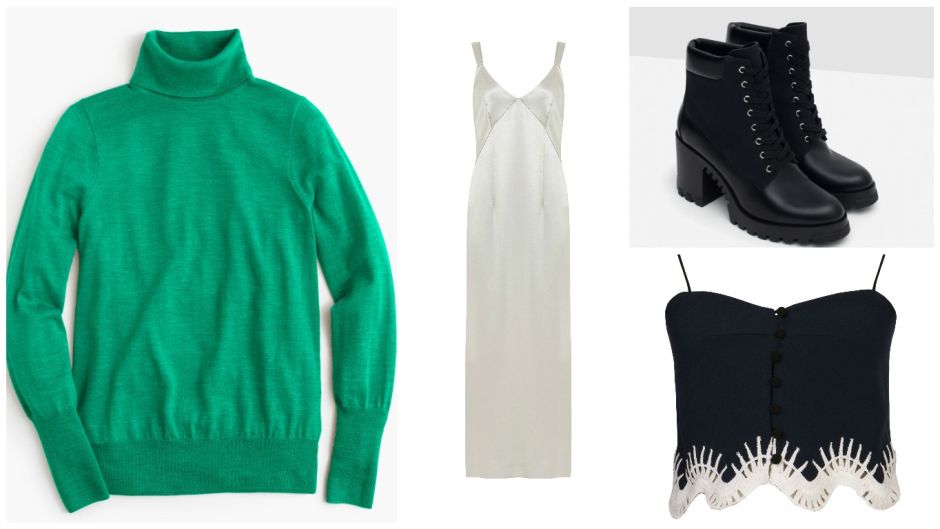 Let’s be honest: slip dresses are not the easiest thing to carry off. They can be unforgiving and they can make a bra difficult if not impossible. The slip dresses of the 1990s were tight, low-cut and worn with little else. Comfort and personalisation is more chic now than it was then. No more sucking it in and turning it out (unless that’s what you’re into). Paired with runners, jumpers and a casual attitude, the slip dress of today is for the relaxed, functional and fashionable woman. The modern slip dress should be seen as a layering piece rather than a sexy statement.

You might think of a slip dress as summer wear, considering the quantity of material usually on offer, but you can wear one all year round and feel comfortable while doing so. What is the nicest thing to wear in the depths of winter? A large-knit jumper, of course. Slip it over a long, silky slip dress and you will be cosy and glamorous to boot. And while I’m on the subject of boots, combining a chunky masculine pair with a feminine slip dress results in an androgynous look found on many catwalks recently.

Feel like being even more comfortable? A pair of runners will go perfectly with the look. If you're in the mood for high heels, but don't want cold feet, wear socks. Seen on catwalks such as Dolce & Gabbana, Jil Sander and Marc Jacobs, this unexpected styling twist will keep your tootsies toasty. Word of warning: avoid peep-toe shoes with this trend.

Continuing the layering theme, a slip dress could be worn to work over a crisp, white shirt. Aim for material a little less silky, such as this dress from Alexander Wang. A blazer would also elevate a slip dress to office-appropriate.

In a similar vein, and when the weather warms up a bit, a plain white T-shirt would look great worn underneath a navy or black slip dress. Very "Cher at PE" in Clueless. 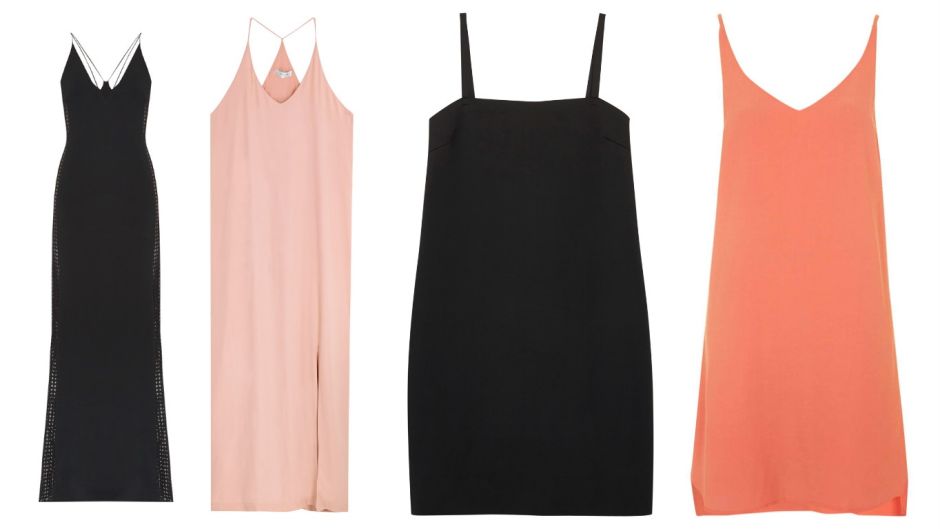 Trousers worn under skirts were a big trend in the early 2000s, when everything and anything had a flare and a zip. This spring, trousers of all shapes and sizes, not just flares, will be appearing under dresses. Think of it as an easy way to recycle, mix, match and update your wardrobe.

A slip dress over a pair of cropped skinny jeans makes a chic and relaxed weekend outfit, or try pairing a slip dress with full-length trousers, like on the spring-summer Givenchy catwalk, for a more luxurious evening look.

Although the neutral and black tones of many slip dresses are often alluring and flattering, that is not your only option. High-street shops are producing some beautiful colourful versions, such as this one from Topshop, a steal at only €7. If you want to avoid the dress part altogether, you can still give a nod to the look by wearing a bias-cut or spaghetti-strap top, such as this one from Jonathan Simkhai.

The easy, affordable routine to calm and balance your skin
Companies still on the back foot when it comes to tailor-made women’s gear
Fake it till you make it: The carefully calibrated preppy look that helped elect George Santos
How dare Madonna shove her body, her surgery, her no-holds-barred self in our faces again?
Mountain highs: Stylish ski gear that’ll have you ready to conquer the slopes this winter

Manchester City into FA Cup fifth round after win over Arsenal

The Irish Times view on the housing crisis