Unthinkable: Should the nation be divorced from the state?

National identity plays a role in binding citizens but, as with religion, should the state stand above it? 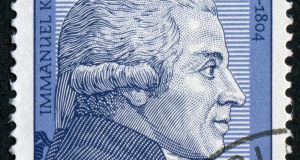 St Patrick’s Day is an occasion of national celebration. But is the nation state itself deserving of applause?

The crisis in Ukraine is just the latest example of how a Europe of competing nation states challenges peace. While debate about the future of Europe has largely been focused on economic policy, political theorists believe it’s time for a radical review of government structures.

Philosopher Attracta Ingram gives voice to these thinkers, exploring an idea loosely associated with the German thinker Jürgen Habermas: Just as church and state have separated, so too should nation and state.


Is it time to rethink the nation state?
Attracta Ingram: “At bottom the question is about whose interests government exists to serve. The 19th-century utilitarian Henry Sidgwick identified two rival answers given by the two rival principles of political organisation. The first principle he called the national ideal, where the job of government is to serve the interests of ‘a determinate group of people bound together by a tie of common nationality . . . admitting foreigners and their products solely from this point of view’.

“On the alternative cosmopolitan principle, the job of government is to maintain order over a particular territory ‘but not in any way to determine who is to inhabit this territory, or to restrict the enjoyment of its natural advantages to any particular portion of the human race’.

“We see these alternatives playing out most sharply in debates over immigration, which was also the context in which Sidgwick was writing. Then, as now, free movement of labour was seen as the key to competitiveness.”


Which side did Sidgwick take?
“Both Sidgwick and John Stuart Mill believed, as utilitarian philosophers , that their ‘greatest happiness’ principle applies to human beings as such. But, as a matter of empirical politics, where there is strong national sentiment, you have to go with it rather than against it.


What happened to the cosmopolitan ideal?
“Sidgwick thought it might be an ideal of the future, and Habermas thinks its time has come. He argues that the nation can no longer perform its role of providing social unity and integration in the new circumstances of internal pluralism and globalisation.

“His proposal is to uncouple state and nation, giving the task of social unity and integration to the idea of common citizenship in the broadly similar constitutional orders of each European state. National identities, like religions before them, would continue to flourish as valuable ways of life, but there would be a separation of nation and state.”

What is the rationale behind such a separation of nation and state in Europe?

“It is designed against a background of European wars and ethno-

national conflicts. It draws on Immanuel Kant’s concerns about peace in Europe and his idea for a league of peace among cosmopolitan republics.

“Central to the cosmopolitan republic is the idea that we have a duty to make the state with the people, however different, with whom we live ‘inevitably side by side’. The principle of membership is proximity, not identity. For peace between republics, Kant proposes a voluntary association of states under law.”


For this to be achieved, does it mean the creation of a federal Europe?
“Opinions differ, with both sides in the dispute over the political future of Europe claiming Kant for their side. What is clear is that some measure of governance is envisaged to give teeth to the league of peace. And, while Kant sees it expanding, he does not see it as a global government because that concentration of power would lead to dictatorship and tyranny. So the boundaries of the league could well be more or less the geographical area we call Europe.”


But would pooling more sovereignty collapse the European project by upsetting the balance for nation states?
“The short answer is no, unless there is no assured favourable return for all the members. But even with a favourable return some nation states may not cede more sovereignty. They seek shallower integration because they can. The UK is in this position because it has its own currency and favourable economic prospects.

“The longer answer is that it all depends on what is envisaged as the future role of the nation state. In Habermas’s version, that role is envisaged as ‘the implementing administration and final custodian of civil liberties’. That abandons Europe’s oldest ideal of liberty as self-government – ‘the Liberty of the Ancients’ as Benjamin Constant called it.

“Collective liberty is realised in different forms in different places and times in European history – the Greek city states, the Italian cities, the modern nation states.

“For a union that ultimately has to rest its unity and integration on ‘a great political idea’, as Lincoln called the animating idea of the American Declaration of Independence, that is a problem.