Unthinkable: Is a school’s ethos worth the paper it’s written on?

The moral life is realised through actions, not words, argues philosopher Michael Oakeshott 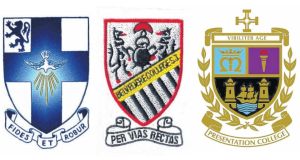 From left, Blackrock College’s motto is Fides et Robur (faith and fortitude); Belvedere’s is Per Vias Rectas (By straight paths); and Presentation Brothers College Cork’s is Viriliter age (Act manfully). What does that tell us about the schools?

School patrons are given considerable powers in legislation to protect the ethos of their schools. Admissions policies can be designed to protect this ethos, and teachers can be denied employment if they threaten to undermine it.

But there has been little reflection, either in education or society at large, on what precisely schools mean when they talk about their ethos. Is it the set of values schools proclaim to represent, or the set of values they display in practice?

Dr Kevin Williams, former president of the Educational Studies Association of Ireland and a research fellow at the Irish Centre for Poetry Studies, has a jaundiced view of schools and other institutions that like to preach virtue rather than practise it. In this, he draws upon the philosophy of Michael Oakeshott, the 20th-century conservative thinker, who praised the “habit of ordinary decent behaviour” above high-minded sermonising.

Williams says “there is some limited value” in preaching, as well as encouraging young people to care for others. But, when it comes to moral conduct, he endorses the line from Shakespeare’s Coriolanus (thus providing today’s idea): “Action is eloquence”.

Who is best-placed to lecture on virtue?

“A person who has serious moral street cred is allowed to preach virtue. One of the most stinging reproofs in the work of Jane Austen is where Mr Knightley takes Emma to task for her sarcastic rudeness to the hapless Miss Bates, an elderly, impoverished spinster. Knightley has the moral authority to administer this rebuke.

“By contrast, the ‘option for the poor’ promoted by some fee-charging schools does not impress me. These schools are the institutional bulwarks of privilege and the conduits to maintaining it.

“Generally, though, finger-pointing is as undesirable as it is likely be hypocritical. Jesus makes this point when he says, ‘First get rid of the log in your own eye; then you will see well enough to deal with the speck in your friend’s eye’.

“I love the remark ‘What virtues, Lord, thou makest us abhor!’ from the mother of the narrator in Proust’s great novel, In Search of Lost Time. This captures very well my antipathy to the moralising of other people.”

Who would you listen to on the subject of virtue?

“I am writing a chapter for a collection on the work of John McGahern, and I share his admiration for the inherent decency of ordinary people that contrasts with the official pieties of church and state.

“I am also a great admirer of Sr Emmanuelle, who died in 2008 and whose life can teach much about the springs of moral and religious commitment. Her life and thought embody a compelling reconciliation between conduct and principles.

“Born in Brussels in 1908, Sr Emmanuelle spent her life working tirelessly on behalf of the dispossessed of this earth, and she died just before her 100th birthday. Less well-known, perhaps, was her extraordinarily generous openness to the beliefs of others.

“In her life she had no fear of self-righteous Catholics who might have perceived her as a reprehensible relativist. What the life and spirit of this exemplar of compassion and religious commitment show is that individuals who are most deeply connected to their own religious tradition can display openness to others because they are confident and non-defensive in their own convictions.”

Should education be conservative?

“Yes, it should, in the sense that we are inheritors of a tradition of human learning in multiple spheres of endeavour and it is the responsibility of each new generation to pass this on to the following one.

“Note, this tradition includes more than academic learning: it includes responding to the world of nature and engaging in practical hand-eye activities. We are creatures of the soil who need to connect with and sometimes shape and transform the world of matter.

“But what young people are being offered in the new Junior Certificate is something very different. The ‘skills and attitudes’ young people are to acquire in order to become ‘dynamic self-directed agents of change’ – whatever all this twaddle means – are poor substitutes for becoming participants in civilisation’s achievements.

“Young people are invited to be critical thinkers, but how can they be critical if they have not a serious basis in knowledge and understanding? It is daft to forgo the riches of our inheritance for such a compendium of cliches.”

What needs to change in Irish education?

“One area where radical rethinking of policy should occur is in respect of the Irish language, by dramatically reducing its compulsory status, at least after the Junior Cert. I cherish Irish and speak it as often as I can. But I agree with Oakeshott that the attempt to revive the language was and is misguided. He perceptively and accurately identified the endeavour to restore the Irish language as the primary vernacular language of the country as one of the ‘progeny of rationalism’. Rationalism in politics means that promotion of policies that are merely aspirational and thus unrealistic.

“An irony of the revivalist effort has arguably been to confer on Irish something of the cultural status that Latin had for Montaigne and his contemporaries in the 16th century, or that French had in the drawing rooms of 19th-century Russia. The reason is that the children of the better-off possess the cultural capital that enables them to learn other languages in a school context more easily than the children of the poor. Despite this situation, the regrettable reality is that many people know little Irish, but who wants to admit that the emperor has no clothes?”