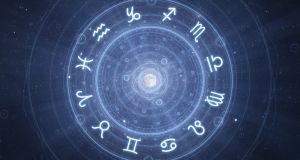 Astrology: a tool for interpreting the world? Illustration: Thinkstock

A time traveller from Jesus’s day would be shocked at what has happened to the discipline of astrology. Once ranked as a serious science, it is now associated with tawdry horoscopes and bogus, “mystical” forecasting.

As British philosopher and author Martin Cohen points out, “astrology is one of the few things that religious folk and irreligious scientists can agree on”. Yet the writer, whose latest book, Paradigm Shift: How Expert Opinions Keep Changing on Life, the Universe and Everything, believes astrology shouldn’t be dispatched to the rubbish dump.

He points out that Isaac Newton became interested in maths only after buying an astrology book at a fair in Cambridge, and “considered the subject one of the great studies of mankind”. Cohen stresses that astrology is about “divination” rather than prediction. There is nothing in astrology that approaches the normal level of scientific “proof”, but there are intriguing patterns in the data that reveal something about the way we handle complex ideas and information.

He highlights, for example, the “spooky coincidence” that the four so-called “Horsemen of New Atheism” – Richard Dawkins, Christopher Hitchens, Sam Harris and Daniel Dennett – were all born under Aries, a star sign associated with “rude energy”.

Consider too, he says, the coincidence that each astrological sign has a motto, and the motto for Aries is: “I am.” And Aries, it turns out, is also the sign of René Descartes, the great rationalist philosopher whose motto was “I think, therefore I am.”

Cohen is a Capricorn, which is said to be “nimble and stubborn”, while I’m a Libra, conventionally said to be about “balance and stability”. Disagreement, then, is perhaps inevitable. As Cohen playfully informs me: “Librans like everything ‘just so’ and can be too fussy – for example, querying authors’ submissions.”

Cohen provides today’s idea: “By presenting ambiguous, vague answers, astrology pushes the seeker to extract information that is really not so much there in the answer but in their own subconscious. It unblocks our minds and frees them to see things in a new way.”

Given astrology is a poor predictor, has it any value?
Martin Cohen: “Actually, I’m not sure that I do want to give the nod to the description of astrology as a poor predictor, as that reinforces the stereotype image of the subject as given in newspaper columns. My suggestion is to see it as a tool for interpreting the world, and in particular each individual’s relationship to it – I mean, in psychological terms. This way, I think, astrology is full of rich and subtle insights. How it arrives at them is of little importance.

“But yes, astrology is easy – laughably easy – to debunk using conventional methods and ideas. On the other hand – and this is really the subtext of the entire social science debate over Paradigm Shift – convention is a poor guide to anything.

“Mainstream science regularly rules definitively on things about which, in fact, the state of knowledge really only allows tentative opinions. In science, the measure is usefulness; we should give astrology the same chance.”

Has your star sign shaped who you are?
“My sign is Capricorn, which I am pleased say is a very interesting one. Not, I hasten to add, that I’m an expert or a strict believer.

“Most quick summaries of the sign call Capricorn ‘the goat’ and relate its adherents to that animal: nimble, stubborn, trying to climb to the top of the mountain. But the traditional sign is a mystical creature – a goat with a fish’s tail – which exists in two worlds. One is very practical and day-to-day, and the other is a more interesting, mysterious world of the imagination.

“In fact, every sign has, to a greater or lesser extent, two sides, which are essentially in contradiction. This could be taken as making the descriptions ‘meaningless’; indeed it often is taken that way. But philosophers should remember that through contradictions knowledge can be found.”

Has quantum physics given astrology an accidental shot in the arm by showing that all matter is connected? “I don’t really think so. Although occasionally astrologers mutter about possible physical mechanisms for planetary influence, be they changes in the Earth’s magnetic fields or be they still more mystical ‘quantum’ ones, to my way of thinking astrology is not about that. It is about mystical correspondences.”

Can you predict the future?
“Up to a point, yes. For example, I can be quite good at predicting my own next actions. I can have a crack at guessing that the government will next year put up taxes, hire more police and nibble away at civil liberties.

“I suppose my predictions are not very impressive though. Nor are astrologers’ ones, it has to be said.

“Why should they be, though? The world changes in innumerable ways at every instant. So what might have been going to happen in one possible world no longer needs to happen in the next.

“If astrological predictions really were true, then they would be useless. The conceit is that we can both benefit from a prediction and still be free to change the future.”

Question: Can we read our future in the stars?