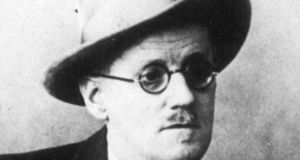 The literary centre will have a particular focus on James Joyce but will also feature other Irish writers, including Samuel Beckett, George Bernard Shaw and Seamus Heaney.

Funding of €2.5 million for UCD’s planned Ulysses Centre has been announced by Minister for Tourism Paschal Donohoe. The money comes from Fáilte Ireland’s capital programme.

The project, which is being developed by UCD in partnership with the National Library of Ireland, will be based in Newman House on St Stephen’s Green, Dublin.

It will be an international literary centre with a particular focus on James Joyce but also featuring other Irish writers, including Samuel Beckett, George Bernard Shaw, Seamus Heaney, Edna O’Brien, Kate O’Brien, Roddy Doyle and many others. It is due to be in operation by the end of 2017, with temporary and permanent exhibitions on these writers and a specific and permanent element devoted to Joyce.

The Ulysses Centre has already received a substantial donation from philanthropists Martin and Carmel Naughton.

Newman House has a direct link to Joyce, being the university he attended as a young man and from which he received a BA in 1902.