The internet may be socialising your children into near absolute conformity 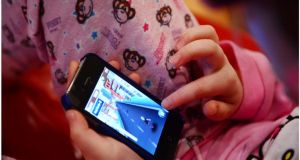 Who’s rearing your children? If you have a child aged nine or older in possession of a laptop, smartphone, tablet or all of the above, chances are that the internet is a very significant influence.

No one really knows yet what impact the digital age is having. In a masterful piece of bet-hedging, in 2012 the Pew Forum summed up its qualitative research thus: “Millennials will benefit and suffer due to their hyper-connected lives.”

Most concerns about the internet centre on pornography, violence or cyber-bullying, or that the “selfie” is evidence of a culture of narcissism. However, my biggest worry is not that young people are more narcissistic, but that social media functions as a giant mechanism for conformity.

The potential to be the subject of negative responses from hundreds or even thousands of people is something new to this generation.

Tumblr provides an interesting case study. Tumblr is a quick and easy way to post snippets of information, photos, art and other random stuff online. When Yahoo bought it in 2013, it was one of the most popular websites among Americans aged 13-25.

The implications are fascinating. A few opinion leaders set the tone. The culture of the site is almost monolithic, a virtually parodic version of allegedly liberal values.

If you want to experience blistering hatred, try posting content on Tumblr as a white, male, straight, middle-class Christian.

If you spend enough time on Tumblr or other such sites, you may begin to believe that this is only way to think, unless you have very strong, real-world social networks to act as a corrective.

But if all your offline friends are also spending substantial time in the same online world, chances are that they are absorbing the same messages.

She had been invited to speak at a debate in Cambridge University’s Trinity College. The motion was “genetics and disability should not be used as grounds for abortion”.

To her amazement, when she arrived she was barracked by the pro-choice Cambridge University Student Union Women’s Campaign (CUSUWC). who told her that she had no right to take part in the debate, because if she did so it gave credibility to “those people”, that is, pro-life students.

The unapologetically pro-choice Furedi found the debate itself much more sane and respectful than the students standing outside holding posters telling the debaters to f*** off.

A statement issued by the protesters said: “Debate is a conversation of power, where the objective is to win, to overpower the other side. This is violence. It is not ‘discussion’.”

Furedi was stunned. A regular contributor to Spiked, an online magazine, she is a supporter of their free speech campaign, partly because attempting to ban debate in a university contradicts everything that a university should be about.

These young people have been socialised to believe there are some opinions that are so shocking they should not be heard at all. The number of opinions that fall into that category is expanding.

The internet may be socialising young people into near-absolute conformity when they have not yet developed sufficient maturity to realise what is happening.

However, the campaign also supports the freedom to be, for example, as offensive and verbally threatening online as you wish.

The problem is, that far from leading to greater freedom of speech, such bile leads instead to a level of repression of difference that leaves John Calvin’s Geneva in the shade.

I don’t think, for example, that Ann Furedi should have to put up being called a baby-murderer. That’s not free speech. That’s just a gratuitous insult. Perhaps we really need to be supporting free speech that is civil.

Also, the Spiked free speech campaigners tend to believe that we are all autonomous independent actors, whereas in reality we are much more easily influenced.

Paradoxically, the absolutely free speech that they advocate is part of what is socialising many younger people into attempting to close down all kinds of respectful debate.

What can parents do? Something as old-fashioned as talking to and listening to your kids on a regular basis is virtually the only antidote. Unless, that is, you are cool with the internet raising your kids.