Poaching listeners and presenters is becoming a habit 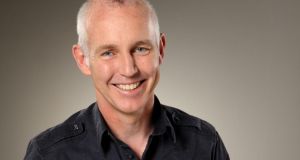 Ray D’Arcy: has an easy acceptance of people for who they are, as well as an instinct for bringing all aspects of Irish life into the wider national conversation

RTÉ bosses nervous about staff being poached by their commercial rivals would have done well to avoid Wednesday’s Ray D’Arcy Show (Today FM, weekdays), which briefly seemed to herald the defection of another high-profile Montrose personality.

The newsreader was not jumping ship to the private sector, though. Rather, he was a guest in a lighthearted segment involving listeners’ tales of unexpected good fortune, approaching it appropriately jocularly.

“One listener says, ‘My good news is that I brought my wife to heaven and back last night. Feeling pretty good about that today.’ Well, I’m sure you are,” Mac Grianna said with a chuckle.

The item captured the feelgood spirit of D’Arcy’s programme. The presenter was in full Norman Vincent Peale mode, emitting positive thinking at seemingly every opportunity. Prompted by a report that said one could tell a person’s height purely from the sound of their voice, D’Arcy convinced himself he could do the same. He failed miserably but produced a divertingly throwaway piece in the process, showing a self-mocking side not always in evidence.

He then hosted a chatty discussion with listeners who had maintained their New Year’s resolutions to quit smoking or eating chocolate throughout 2013, revelling in their achievements and teasing out helpful tips for those who wished to emulate their examples.

But the most inspiring moments came courtesy of Mac Grianna and his partner, Terry Gill, whose emotional generosity during their chat with D’Arcy belied the deeper resonances of their presence.

The interview’s premise, such as it was, concerned an on-screen blooper early this year by Mac Grianna that went viral. This set the mood for what followed, as the conversation ranged from the newsreader’s appearance on Celebrity Masterchef to his and Gill’s shared interest in alpacas, and their Christmas-dinner plans.

Then, without any fanfare, talk turned to their forthcoming marriage and all that entailed, from the legalities involved – they are to be married in Britain and will be recognised only as civil partners in Ireland – to their respective experiences of coming out, with Mac Grianna’s bold openness about his sexuality as a young man in the early 1980s contrasting with Gill’s more tentative declaration a decade ago.

All this was recounted with no sense of boundary-breaking portentousness. Even so, it was a clarion call for gay marriage by any other name, and a striking example of D’Arcy’s easy acceptance of people for who they are, as well as his instinct to seamlessly bring all aspects of Irish life into the wider national conversation.

More than any other radio personality, he is able to absorb the changing facts on the ground and project this reality back to his audience without sensationalising matters, as the Mac Grianna item showed. It was popular radio at its deceptive best.

The John Murray Show (RTÉ Radio 1, weekdays) took the road more travelled in a bid to attract audiences. On Tuesday the presenter jumped on the One Direction bandwagon, a vehicle so perilously overloaded it must be straining at the axles. Murray spoke to Maura Gallagher, the mother of the boyband’s Mullingar-born heartthrob, Niall Horan, a move that may have been intended to appeal to the star’s teen fans as well as those of a more mature vintage, but which ended up straining the host’s interview technique.

Gallagher came across as grounded about her son’s success, but, naturally enough, riveting gossip was not her metier. Soon Murray was reduced to asking about the size of the queues at One Direction’s Madison Square Garden shows.

Even more awkwardness followed when, having had the day’s newspaper stories on Horan’s personal life read out to her, Gallagher was asked what she knew about her son’s preference in female companions. Had any of those hoped-for younger listeners tuned in, they would likely have switched off in embarrassment.

The programme’s most memorable, not to say ironic, moment came when Murray spoke to Larry O’Hara, a former Garda detective who until his recent retirement was the longest-serving officer in the force. As he was interviewed on the day that Justice Peter Smithwick suggested that reticent loyalty was a characteristic of An Garda Síochána, O’Hara’s soubriquet as “the singing guard” was unfortunate.

But he projected a quiet probity of his own. The conversation was sometimes prosaic but was also poignant. O’Hara recalled the bond he struck up with Lord Mountbatten’s young grandson Nicholas, who, as he sadly recalled, “was murdered in 1979”. It was a jolting but significant recollection: we can try to be positive about the present, but we forget the failings of the past at our peril.