A columnist’s job confers some privileges, and obligations

Opinion: With the megaphone comes a duty to protect freedom of expression 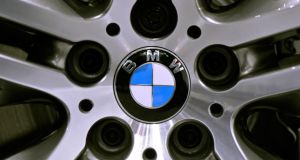 BMW: a nice car, but only if you can drive it.

In December 2010, I acted as MC for an Irish Congress of Trade Unions rally against the bank bailout and the arrival of the troika. The following weekend, the Irish edition of the Sunday Times carried a long, anonymous “profile” of me. It began with a description of me driving home from that rally in my series 5 BMW.

The implication was pretty clear: I was a hypocritical, champagne socialist, stirring up the masses from a position of wealth and privilege. The article continued as it began, painting me as a hypocrite, a liar and a lazy dilettante who was paid a massive salary in return for very little work.

I don’t drive a series 5 BMW. I don’t drive any other car either. I don’t own a car because, to my shame, I can’t drive. I went home that day, as I usually do, on the number 13 bus. The BMW story was pure invention and almost every “fact” that followed was wildly and demonstrably wrong.

The “profile” was, in other words, a gold mine. I had hit the libel jackpot. The Sunday Times couldn’t possibly go into court to defend an article that was so sloppily written and badly researched. Even the most aggressive lawyer would tell them to stuff my mouth with gold and make the whole thing go away fast.

I have to confess that for about five minutes I was intoxicated on the potent brew of greed and revenge that I imbibed to soothe my hurt feelings. I thought how lovely it would be to get Rupert Murdoch to buy me an actual series 5 BMW and pay for the driving lessons and a lifetime’s supply of petrol. I would call the car Rupert and every time I turned the key in the ignition I would give a mad cackle of glee.

Chapter in memoir
Any time I was feeling glum, I would just go out and stroke the soft leather seats or rest my throbbing forehead against the cool walnut finish on the dashboard. I even thought it would make a great chapter in my memoir, called How I Learned to Drive.

And then I remembered something. I am a national newspaper columnist. I occupy a position of enormous privilege. I’m allowed to take part in what we might call the semi-official national discourse. I’m allowed to be robustly critical of all sorts of people. I’m allowed to enrage some of those people and (though I don’t set out to do so) to upset others. I’m given those freedoms because there is a working assumption that free and open and robust debate is not just permissible in, but essential to, a democracy.

If you benefit from those freedoms in the extraordinary and highly privileged way that newspaper columnists do, you have to be very, very careful about the way you conduct yourself.

So instead of hiring a lawyer and suing the Sunday Times, I talked to the paper’s Irish editor. He agreed pretty quickly that the article was inaccurate and indefensible. It was taken off the paper’s website and a retraction was published the following week.

And that was the end of it. The record was put straight. No money changed hands. No lawyer’s children’s school fees were paid. I still don’t have a BMW.

Occupational hazard
Being defamed is an occupational hazard for opinion-makers who stir up emotions. It has happened to me about a dozen times. I’ve been accused of some pretty nasty things, from lying to lack of professional competence to outright criminality. Sometimes, if the thing was merely stupid, I’ve just let it go. At other times, when the defamation was serious, I’ve tried to sort things out without involving lawyers or looking for money.

It is true, certainly, that the threat of a possible libel action is implicit in these affairs, but it has always seemed to me that for a newspaper columnist it should be an absolute last resort. So I’ve never sent a solicitor’s letter and never sought damages.

I’m not suggesting, of course, that being a newspaper columnist means that you don’t have the same rights to protect your good name as every other citizen. People have to exercise their own judgement about how they react to public comment they believe to be inaccurate, unfair and damaging.

But there’s a price to be paid for the considerable privilege of being granted an especially loud voice in the national conversation. With the megaphone comes a duty to protect freedom of expression and a vested interest in keeping it as open as possible. If, for example, you want to be free to call the National Women’s Council “feminazis” or suggest that atheists are not fully human, you need a robust sense of where the limits of acceptable polemic lie.

If I was a fervent Catholic, I might be swayed by another consideration. A man in the New Testament instructs his followers: “Pray for those that calumniate you.” As a sub-human heathen, I wouldn’t go quite that far. But as a columnist I do feel obliged to try to avoid suing them.