Who rocked your world this year? Tame Impala or Villagers, Kendrick or Kamasi, Björk or Grimes? These are the releases we couldn't resist in 2015... What do you think? 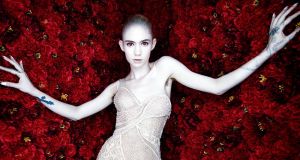 To Pimp A Butterfly
Kendrick Lamar
“To Pimp A Butterfly is an angry record but this is laser-guided rage. But it’s the lyrical content which resonates and rockets, Lamar throwing erudite punches and picking intellectual fights all over the shop. A record for the times we’re in.“
Full Review

In Colour
Jamie xx
“Smith has a lovely knack of making evocative, magnetic sounds which resonate long and loud. From the muted, melancholic Obvs to the rave MC caught in a nostalgic echo chamber on Gosh, Smith’s gift for catching enigmatic, scene-setting moments is writ large throughout.”
Interview

The Epic
Kamasi Washington
“The Epic is an affectionate, enthusiastic and masterful tip of the hat to some of jazz’s past runnings. But it’s not all tributes to jazz’s past and Washington and his ensemble find the time and space again and again to make their own, definitive, dastardly statements of intent.”
Full Review
Interview

Holding Hands With Jamie
Girl Band
“And so it comes to pass that the first knuckle-duster of a rock album of the year is released by a band from Dublin. Formed four years ago, Girl Band have taken their time to get to this point, but the truism of good things coming to those that wait can work for both sides.”
Full Review
Interview

Floating Points
Elaenia
“Much of the record is beatless – the opening Nespole unfurls deliciously and derives its undeniable forward momentum from a series of complementary synth and organ lines. This is head music: the aquatic grooves and gorgeous sonics will pull you under before you’ve even realised.”
Full Review

I Love You Honeybear
Father John Misty
“Complex themes about the nature of love’s strength and frailty, fear and loathing, run through this tremendous piece of work.”
Full Review
Interview
Full review

Art Angels
Grimes
“With Art Angels, Grimes has created one of the most sophisticated records of the year that’s also fully loaded with brilliant bangers. There’s a dizzying level of talent on display, made all the more formidable by the fact that Grimes has played and recorded almost every sound on it. It’s a singular musical vision that sounds like nothing else in music at the moment.”

Vulnicura
Björk
“Vulnicura is a specifically, overtly female album; Björk lays out emotional content and context. Each of the nine tracks are subtitled before and after, and document what the singer has termed an emotional chronology of events, a timeline of almost unbearable heartbreak, as well as the wound and the healing of the wound.”
Full Review
Interview

Darling Arithmetic
Villagers
“ The songs are delicate and tender, with the words leading the way amid the softest of musical touches. O’Brien has always displayed fine penwork when observing scenes and situations, but this time he’s in the thick of the action.”
Full Review
Interview

Currents
Tame Impala
“The title of suggests a number of things; something popular, flowing, a certain pace, electricity, and a course of action. In many ways this brilliant record encompasses a sense of all these things, managing to sound both acutely personal and universal at the same time.”
Full Review

What are your top albums of 2015? Cast your vote in The Ticket Awards now

What do you think were the best movie and music moments of 2015? Have your say and be in with a chance to win