The right direction: unravelling the roles in the theatre awards

When we congratulate directors on a job well done, do we know what we’re congratulating them for? 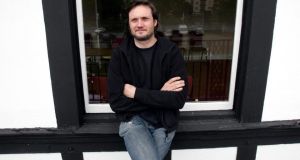 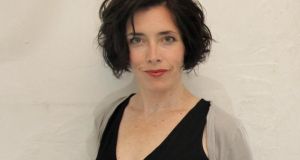 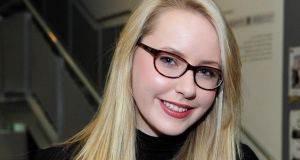 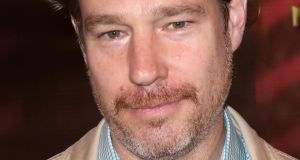 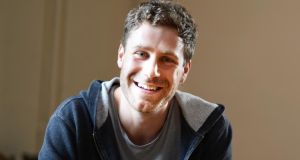 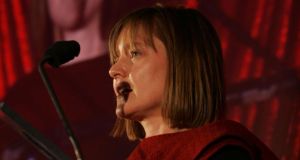 The nominees for best director at this year’s Irish Times Irish Theatre Awards don’t mean to sound ungrateful. But none of them are entirely sure why they are here. This isn’t that they are unhappy with their endeavours, but because, they broadly agree, it isn’t easy to detect the hand of a director within a finished performance.

When we congratulate a director on a job well done, then, do we know what it is we’re congratulating them for?


ETHAN MCSWEENY
‘Often, at its best, it should be invisible ’


“My really short answer is no,” says McSweeny, good-naturedly, from his home in New York. McSweeny is nominated for his work on the Gate’s A Streetcar Named Desire , which leads the field with six nominations in total.

“I think my own parents aren’t really sure what directing really is. The work of a director is always going to have a bit of mystery around it. Often, at its best, it should be invisible. It should appear as though everything that was done onstage should make so much logical sense that, of course, that’s how you should do it. Sometimes one gets noticed for the directing because you’re doing something evident. There are plays that call for a more showy style and plays that call for a more restrained style. But I think it’s always hard to disentangle the creative threads.”

This year’s awards, however, reflect some effort to do just that: to reverse-engineer a performance into its parts. In previous years there has been a high correspondence between nominations for best production and best director, as though they are umbilically connected. For 2013, only Streetcar is nominated in both categories. Does that suggest a clearer distinction between a director’s signature and the cumulative achievement of a production?


ANNIE RYAN
‘The nomination is a recognition of collaboration’


Corn Exchange’s Annie Ryan prefers to see her nomination as a tribute to collaboration. Nominated for directing a

pared-down version of Eugene O’Neill’s Desire Under the Elms , which relocated the American tragedy somewhere closer to Northern Ireland, Ryan speaks with self-deprecation: the strength of her work was in her performers, she says, in her designers, their collaboration. “I think the nomination is really a recognition of that.”

Directors can assert their presence more forcefully, however. Ryan’s Commedia dell’arte-inspired work elsewhere with Corn Exchange is so recognisable, you could consider it a brand. In Desire , Ryan presents O’Neill’s phonetic southern dialogue as Ulster dialect – creating a place that was neither America or Ireland, “but somewhere in between”. This is an arresting concept: directors are known by their choices.

Gavin Quinn may be easier to trace in his work than he is in the world: he is currently touring Australia with Embers , Pan Pan’s radical transposition of Beckett’s radio play into a performance piece using a skull sculpture, light and sound. He is nominated for two productions: Embers and Opera Theatre Company’s vigorously reimagined Carmen (also nominated for best opera). Speaking from Brisbane, Quinn agrees that directors can make themselves conspicuous as the “author” of a production’s aesthetic, “but they have to earn that right. In other words, you have to be good at it. People probably see directors as an organiser or the boss, without necessarily understanding what they do. And perhaps most directors might not even understand what they do themselves.”

McKenna’s production of Way to Heaven for Rough Magic’s Seeds showcase was a confident and canny display of a director’s ability. A significantly reworked version of Juan Mayorga’s play about a Nazi concentration camp disguised as a model town, it brought a metatheatrical frame to a story of extreme moral consequence. McKenna speaks of the shaping influence of contemporary German theatre, where the director rules, and an aversion to kitchen-sink realism. “I’m more interested in liminal spaces,” she says, describing a searching process that should leave “more unanswered questions than answered questions. You begin with a hypothesis for how a show should work and then try it out.”

For similar reasons, each show nominated for best production this year seems like a satisfying combination of accidental discovery and things going according to plan.


Anne Clarke, produc er of Landmark, which is nominated for Mark O’Rowe’s Howie the Rookie , recalls junctures when it looked like the production would not happen at all (it was two years in the planning), but she marvels at the “buy-in” from her committed collaborators. When it opened, with Tom Vaughan-Lawlor playing both roles for O’Rowe as director, its stripped-down style made more than virtue of necessity; in fact, it may have brought O’Rowe closer to his original vision. “It’s called Howie the Rookie ,” Clarke recalls him saying, stressing the connection. Having toured Ireland and to Edinburgh, the production is now preparing for significant engagements abroad.

Not many people got to see Lippy , Dead Centre’s brilliant and unsettling piece inspired by lip-reading, Beckett, King Lear and the suicide pact of four women in Leixlip. One of those who missed out, ironically, was Bush Moukarzel, its creator, cameo performer and co-director with Ben Kidd. After performing in the opening scene, he tried to watch some of Lippy ’s six performances from the Lir’s theatre’s roof.

“It was satisfying to be able to do something that you feel was towards a singular show,” he says. “What’s annoying about a show that gets nominated for best production is that people also have the right to hate it, and they haven’t been given access. It would have been more helpful, because culture is an argument. The debate is always good craic.”

A number of international invitations mean there will be opportunities for audiences to hate Lippy abroad, but none so far in Ireland. “Getting it out of the country doesn’t seem to be the problem,” says Moukarzel. “Getting it on again in the country seems more or less a mystery.”

This could be Lippy ’s fate: to be widely considered the best show you never saw.


THE GATE GANG
‘It’s hard to get into the Gate, but once you’re in, it’s harder to get out’


One of the reasons 2013 was such a good year for the Gate is that its programme made some talents conspicuous. By the end of 2012, the Gate’s director Michael Colgan explains, the theatre had built up a reserve and decided to invest it in creating 1,117 weeks of employment while producing some of the biggest shows the theatre has done: Enemy of the People , Streetcar and “the mother of all of them”, The Threepenny Opera , which had 28 performers.

These shows, Colgan says, were too costly to ever recoup, but they honoured a “megatrend” in Irish theatre. “Because of the last decade of better training, we now have a talent pool that can act, sing and dance. Before we didn’t. I felt that they deserve a continuing platform.”

This has provided the Gate with new blood, such as director Wayne Jordan, McSweeny (who returns to direct An Ideal Husband ) and Rachel Gleeson, the actor who debuted in Threepenny and has since been cast in two more shows. “I always say it’s hard to get into the Gate,” says Colgan, “but once you’re in, it’s harder to get out.”


BEYOND LUVVIEDOM
‘It always feels good to get nominated. It’s something concrete’

In the theatre, particularly in close proximity to awards shows, a cynic will stay alert to any whiff of “luvviedom”. But it owes less to easy sentiment and more to inextricable collaborations to hear producers deflect attention to directors (“It’s a cliche, I know,” Colgan tells me, “but if Threepenny Opera was to win, it would be Wayne’s award”) or to hear directors defer to their fellow collaborators: “My job was always to make sure I was the least talented person in the room,” says Moukarzel.

But Gavin Quinn, still seeped in Beckett, consider the worth of awards in bone-dry terms. “It always feels good to get nominated. It’s something concrete. Perhaps it makes some sense of the mess in which you exist.” It’s good to have milestones rather than tombstones, I offer.

That would make one hell of an acceptance speech.

The Irish Times Irish Theatre Awards take place on Sunday, February 23, at the Royal Hospital, Kilmainham, and will be featured on The Works on RTÉ1 at 8.30pm on Friday, February 28

Brigitte Nielsen on giving birth at 54: ‘I was trying until there were no embryos left’
7