Some productions did not reach ‘acceptable' professional presentation standard 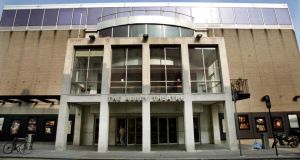 In the case of just three of 12 productions did any one of the three panel members judge the standard to be “world-class”. No production was judged by more than one panel member to be world-class.

The Abbey Theatre is struggling to meet its aim of being a world-class theatre, an independent report has found.

It says aspects of some productions were judged by individual assessors not to reach even “an acceptable standard for professional theatre presentation”. The assessors, appointed jointly by the Arts Council and the Abbey itself, gave just four of 12 recent productions ratings that were “very good” or “excellent”, or very close to it. Four productions ranked as “good” and four were judged to be somewhere between “acceptable” and “good”.

Assessment reports
The assessment reports were obtained by The Irish Times under the Freedom of Information Act. The names of the assessors were blanked out (as were references to individual performers), but The Irish Times has confirmed that the three members of the “artistic evaluation” panel are Roy Foster, professor of Irish history at Oxford University; the distinguished English theatre director Nicolas Kent; and Mike Griffiths, former administrative director of the Traverse Theatre in Edinburgh.

The panel was appointed in 2012 in an attempt to resolve continuing tensions between the Abbey and the Arts Council, which gave it grants of €7.1 million last year. The council’s criticisms of the Abbey were countered by the theatre, which said the council was not fully objective.

The international panel was created to provide an agreed independent assessment of whether the Abbey is meeting its stated aim of creating “world-class theatre that actively engages with and reflects Irish society”. The assessors were asked to provide “a robust evaluation of the Abbey Theatre’s work and role as Ireland’s national theatre” that would allow the Abbey to “benchmark itself internationally”. Asked to judge whether “the work presented is excellent when compared to best international practice, ie the extent to which the work is ‘world-class’,” the assessors were broadly unimpressed. In the case of just three of 12 productions did any one of the three panel members judge the standard to be “world-class”. No production was judged by more than one panel member to be world-class.

In three instances a panel member judged a production to be so poor as to be of an unacceptable professional standard.

The impression conveyed by the reports is of widely varying standards of writing and performance. Abbey director Fiach Mac Conghail declined to comment on the reports, telling The Irish Times “the assessment process is not yet complete and so I feel it would be premature for me to comment”.

Declined to comment
Roy Foster also declined to comment, while Nicolas Kent said he did not wish to say anything except to point to the fact that the Abbey’s smaller theatre, the Peacock, has been little used since 2012: “It is quite difficult to assess the Abbey as world-class when it is only operating 1½ auditoriums.

“If you’re really only using one stage, you can’t give a sense of the range and diversity that would be expected from a national theatre.”

In the frame with celebrity photographer Rankin
8