Sydney Festival shows the city how it can change and grow

The city’s main arts festival has helped transform a suburb. With a changing of the guard can it also alter its own identity? 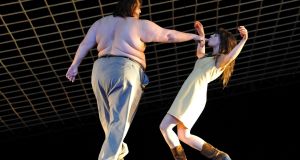 ‘Woyzeck’, an art musical that demands your full attention 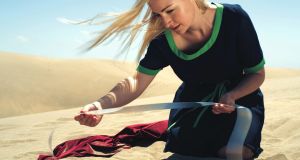 ‘The Book of Sand’, an interactive group of songs and videos based on the eponymous short story by Jorge Luis Borges 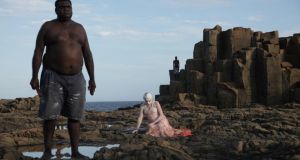 The warning was explicit: “If you’re going through Sydney on the train, don’t get off at Redfern.”

Redfern is an inner-city suburb once identified with the poorest of the poor and some of the associated social problems of petty crime, noise and drunkenness. It was also home to a sizeable community of Aboriginal citizens. But over the past decade it has been gentrified, and this month the streets are thronged with theatregoers heading for one of Sydney Festival’s most successful venues.

Carriageworks is a theatre and art gallery housed in a partly renovated railway depot and funded by Sydney City Council. And this year, the festival celebrates its 40th anniversary.

Sydney, however, is bigger than that, and the festival’s artistic roster reflects the city’s capacity to absorb the worldwide inflow of talent from music, theatre and art.

Walk around the city now and you will see 40 huge portraits of people whose work has featured in previous festivals. Camille O’Sullivan is here, in a signature seductive pose.

When we meet in his office in the Rocks area, the festival director, Lieven Bertels, is enthusiastic about his final year in Sydney – next year he moves to the Netherlands – and it’s not difficult to see why.

This Beethoven marathon will be performed by Bruges’s Anima Eterna, an orchestra that specialises in performing works authentically, accompanied by the Australian Brandenburg Choir.

Festivalgoers will also have a chance to spread a blanket on the grass, open the picnic hamper and listen to the Australian Opera and Ballet Orchestra under the stars.

Bertels says Sydney is now more confident about making its mark on the world. “There’s a strong feeling of place here,” he says, citing the Sydney Chamber Opera as an example of high-calibre young professionals.

He emphasises the challenge that lies in encouraging artists to make the pilgrimage to Europe while at the same time making sure they return to preserve the tradition they already have.

What they already have is the indigenous culture that is represented here by the film Spear, and by Firebucket, a nightly storytelling session by 92-year-old Wes Marne, who at the age of nine was forced to walk for three weeks to Deadbird Mission when the Bidgambul people were relocated by the government. Marne was one of the people who later found a home in Redfern.

In the introduction to the festival programme, instead of thanking the mayor, the city council and all the usual suspects, Bertels has acknowledged the traditional owners of the land on which the festival takes place and pays respect to the 29 clans of the Eora nation of Sydney. “Much better than a dull studio photo of me,” he says. Aborigines comprise about 2.4 per cent (458,520 people) of the population of Australia, so the events and shows in the festival might seem meagre to an outsider. But one Sydney resident told me she was surprised that there were so many.

The upcoming director is Wesley Enoch, whose play Black Diggers has been a major success in Australia. His appointment marks the first time Sydney Festival will have an Aboriginal director.

Bertels, a musicologist, has a talent for moving from the 1800s to the 21st century, and it shows in another festival event, The Book of Sand, an interactive group of songs and videos based on the eponymous short story by Jorge Luis Borges. (They can be seen at sydneyfestival.org.au.)

For many, the main event is Hamburg Thalia Theatre’s production of Woyzeck, a two-hour tour de force.

Woyzeck is a challenge as well as a unique theatrical experience. It is based on the unfinished play by German writer Georg Büchner, who died prematurely in 1837. The play examines the hopelessness of a life lived on the poverty line. It is a grim tale of blind love, cruelty, exploitation and unremitting despair.

But wait. This production has a major redeeming feature: the relatively young director, Jette Steckel, has taken on board American Robert Wilson, known for his work in experimental theatre. Together with Tom Waits and Kathleen Brennan, the four have made an art musical that demands your full attention.

The tale of loss and despair is performed in German with English surtitles. It comes to life with the music, a mix of pathos, sadness and exuberant hope. That’s Waits for you: he raises you up in order to deposit you back down in the hole.

There are two marvellous scenes in which the drunk and the doctor perform songs whose catatonic movements are even better than Waits – if that were possible.

Because Woyzeck is unfinished, it is open to directors to interpret it as they wish, and Jette Steckel takes full advantage of that. It’s a brave last festival for Bertels.sydneyfestival.org.au