The festival augments what the town has anyway, but this year’s event has not been all plain-sailing 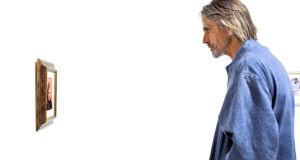 Actor Jeremy Irons at the launch of Kinsale Arts Festival which was opened by actress Sinead Cusack. Photograph: John Allen

Kinsale en fete is not so different to Kinsale ordinaire. Even the long blue banners floating above the narrowest main street in Ireland, proclaiming the Kinsale Arts Festival, seem a perennial part of the showpiece of a town, whose harbour is crusted with glittering yachts and whose crucial car-parks blaze with man-eating petunias. It was not always thus but, in a reference to recent history, actor Sinéad Cusack, at the launch of the festival last Saturday, offered a reminder that its maritime, intellectual and culinary status is no new thing.

After speeches by the mayors of town and county, the festival director Marie McPartlin, Dáil Deputy Michael McCarthy and chairwoman Mareta Doyle, Cusack remembered that years ago, on her first visit, she had nettle soup in the Spinnaker restaurant run by Hedli Anderson, the singer who was married to poet Louis MacNeice. That combination of soup, sails and literature could be said to combine all that has contributed to the town’s modern legend.

Art in shops
Before whisking herself off to perform in Nassim Soleimanpour’s White Rabbit, Red Rabbit at the Friary Church, Cusack noted that this launch in The Mill building was an indication of how Kinsale itself had been made available to the arts: “When I was invited to speak here I had a preconception of another little local festival: I had no idea of its magnitude, of its huge variety of talent and of the way in which the programme celebrates young artists.”

In its ninth year, the event asserts this commitment to emerging visual artists in the exhibition Now Wakes the Sea at The Mill, curated by Tessa Fitzjohn and open to practitioners who have not yet had a solo exhibition. The overall winner from this display is Doireann Ní Ghrioghair, who won a solo show at the Wandesford Quay gallery in Cork next July. In fact all Kinsale has been turned into an art gallery; along with its resident venues, many retail and service premises are linked in a walking trail in which the likes of Barretts Craft Butchers and Fintan Lynch Hairdressing have windows crowded with paintings. Even where these are obscured by the lumbering passage of cars, there is no hiding the festival’s gift for display, from The Poetry Project to the Cork Printmakers’ Alphabet Series or questioning or competitive installations.

An atmosphere of fun in the sun makes it easy to forget that this year’s festival is not without problems. New director Marie McPartlin had a mere four months in which to get all her acts together, taking over from Gemma Tipton in January and, despite grandparents from Castletownbere, being a stranger to Kinsale itself.

“I had to get the feel of the town and, in terms of programming, to try to re-animate places such as the Kinsale Museum and Desmond Castle. The most challenging aspect was the timeline, but there was a wonderful team behind me and the town has such an incredible history and so many unique buildings that I think I was able to respond to the existing parameters.”

As co-founder and director of London Word Festival, McPartlin was associate programmer for Contemporary Music at the Barbican in 2009 under the Cultural Leadership programme.”‘I’m very interested in community and artist-led engagement, but that kind of programming demands a decent lead-in time – and we didn’t have a huge funding budget either.”

In a programme combining culinary engagement and family entertainment, folk music with banter and workshops, financial uncertainty meant nothing could be scheduled for Charles Fort, a spectacular building on the outer edge of the harbour and the scene of some of the festival’s most memorable events.

Society writ large
Financial risk also infiltrated the conversation between broadcaster and author Sean Moncrieff and comedian and author Colm O’Regan at Acton’s Hotel on Saturday. Although they began by talking about one another’s latest books, O’Regan quickly took control of the questioning by showing that he had read thoroughly Moncrieff’s novel The Angel of the Streetlamps and then by letting Moncrieff do most of the talking. It resulted in a largely philosophical discussion enlivened by the bounce of humour and experience which included a riff on the theological rationalistion of scripture and questions on why Ireland changed from a society to an economy. And how to get it back again.

Until Sunday: ones to watch include Feet First: the Irish Chamber Orchestra with Colin Dunne at St Multose Church tomorrow at 8.15pm; Maeve Higgins at Actons Hotel on Friday July 12th and The Raj in the Rain film by Patrick Cooney at Actons on Sunday.