Rites of Passage: visions of how the world could be

Trailblazery is hosting a Fringe event that will be a guide to the future. Here, some of its specialist speakers respond to the question: what does the future hold? 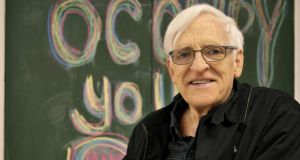 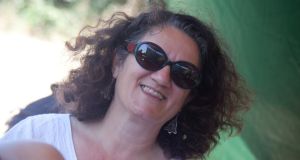 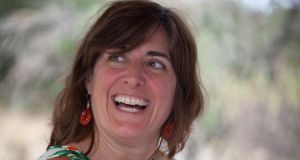 ‘There are many routes into learning’

Education is broken. Technology can provide only part of the “fix”. I grew up in New York in the 1960s. They didn’t invent affordable high-powered contact lenses until I was in high school. So I wandered in a half light for most of my early years, but was fortunate to have a strong voice to guide me.

When I was young, it was obvious that all three kids in our family would want to go to college, and also that we would not be able to afford it.

My father decided that my brother and I could work on TV. Not being able to see the screen very well was not an impediment to “acting” in TV adverts.

So my three-year-old brother became the face of the nation’s baby bottles and I sold a brand of food at two, toddling happily across studio floors towards the outline of my mother on the rolling camera, with the voice of my father in my ear.

That early income was invested wisely many times over and it became our college fund.

I learned way back then that there are many routes into learning, many funny moments of following instinct and laughter in the dark, and many forms of motivation that can be mobilised to overcome obstacles, physical and financial.

I see so much potential for this next generation of learners, who will teach us all so much. We must include laughter in our teachings, and reward empathy and respect for difference in our “assessments”. If we do so, together, in the millions, then education stands a fighting chance.

‘Most of the glacier might be gone in 100 years’

Andri Snaer Magnason is an activist, author and film-maker. He is perhaps best known for his book and film Dreamland.

My grandparents went on honeymoon over Iceland’s largest glacier, Vatnajökull, in 1956. My grandfather took 16mm films on these amazing landscapes. Once, I asked him why he had not filmed more of my grandmother. We could always film a glacier, but my grandmother on honeymoon would never again be filmed.

When they travelled to the glacier, it was with the same concept of eternity, like the rocks, the mountains and the beach. They lived on a long time span, a geological scale.

Most of the glacier might be gone in the next 100 years – assuming the Earth does not heat more than it already has. A hundred years seems very far away. But my grandfather was born in 1922 and he is still very alive. I know him very well, not as a child but as a man. If I will know my grandchild as well as I know my grandfather, then I will know someone that is still alive in the year 2120.

Ninteen-twenty two to 2120 – this is the timeline of people that I know and love, and the people that I will know and love. This should be the date we have in mind for all future planning: 2120.
‘Imagine if we partnered again with natural cycles’

Vanessa Reid is a systemic transformer, activist and architect.

One of the big gifts of being human and living on this earth is to be in the ever-changing and quite miraculous constancy of change: the seasons, the evolutions of how humanity thinks and learns, creates and destroys, the maturing in our hearts as we meet life in all its surprises.

The small and large miracles that come with the natural cycles of living and dying are the unique inheritance of our partnership with life. Imagine if we as a humanity began to partner again with these natural cycles to learn and evolve with them, rather than trying to control, deny or medicate them.

New beginnings and evolution are deeply connected to the quality of our endings. I see a future filled with an incredible activation of creativity where we are building the new systems of living and working that are aligned with all of life.

‘Life is asking us to be creations’

Maria Scordialos is an activist and systems theorist.

In Greece, I feel we are already beginning to birth the new politeia (society) through the large-scale disintegration we are currently living through.

It is a world where the main ingredients are relationships, solidarity, caring and gifting. It is a world where democracy is finding its rightful place. It lives in the heart of neighbourhoods, towns and villages, not in the halls of parliament with elected representatives.

People of all ages who care deeply and offer to hold responsibility for the greater good come together to experiment with what is needed – not just for themselves but for all. It is a world where we have remembered that our land and sea can feed us. We return and begin working with it, re-cultivating our grandparents’ skills of living within our limits.

Life is asking us to be creations, to surrender to letting life come through us, and leave behind the arrogance of being the creators. Just be creations. Make each life a work of art for generations to come.

Emeli Paulo is a speaker, facilitator and storyteller.

Living in the future often creates anxiety, a sense of hopelessness. It’s all too easy to get lost in the fear of the unknown. The “what ifs” can become a one-way ticket to depression-ville. It’s quite sad that we grow up in a world that cares more about what we become than who we are now. We have to love ourselves and each other as we are, to become who we dream of being.

To understand our present, to take the daily actions that create our future, we need to reflect deeply on where we have come from. Understanding and having compassion for our history, our collective story, will take us to where we dream of being.

‘Fast food shouldn’t have to be bad food’

Soilse Ryan is an explorer, scientist and wonderer. He is nearly 10 years old.

My vision for the future involves no money, no junk food and no zoos. I would love to see a future where people didn’t just work because they wanted more money. If we could share food and just took what we needed and not what we wanted then everyone could work at what they love doing.

Fast food shouldn’t have to be bad food. There are lots of laws about how restaurants look and how they have to be clean but there should be more rules about what they put into the food.

I would love if animals were treated better. I love seeing animals up close but I can tell that they are sad when I visit a zoo. There must a better way that we could visit the animals in their natural habitat rather than trapping them in ours.

I’m hoping that someone will invent teleportation – and TVs and computers with big screens that fold up and fit in your pocket. It would be amazing if they would make computer games where your mind is projected into the game rather than having to do the controls by hand.

I would also love to live in a world with no homework.
‘No one can sit by while the world burns up’

Matthew Fox is a future spiritualist who was expelled from the Dominican Order for his work in the creation spirituality movement.

The future of religion is sacred activism – a spirituality courageous enough to stand up for economic and social justice, such as occupiers from Cairo to Istanbul, and the “new monasticism” in inner cities.

This is also the radical teaching of Jesus, whose overturning of money lenders in the temple derived from a mystical, experiential relationship with Abba, his father. Such activism marries contemplation with action and the divine feminine with the sacred masculine. It is deeply ecumenical and draws wisdom and spiritual practices from the world’s spiritual traditions, psychology and science. As one woman put it, having abandoned formal Christianity to become a Muslim, she finds herself closer to Jesus: “I am a Muslim and Jesus is my sheik.” An Oakland occupier said: “Now is the time for activists to be contemplative and contemplatives to be activists.”

No believer or non-believer can sit by while the world burns up, the unemployed multiply, and the Wall Street religion of greed dominates the planet.

The Trailblazery is hosting a Culture Night salon on Friday at the Royal Irish Academy of Music, Westland Row, Dublin with Andri Snær Magnason, Nina Hynes and guests (popupsalon-eorg.eventbrite.ie). Rites of Passage: Tourguides to the Future takes place on Sunday in Trinity College, Dublin. Fringefest.com