Dublin Fringe: your last chance for the best shows

It’s the closing weekend of the festival: here are the best productions you can still catch 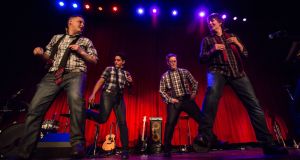 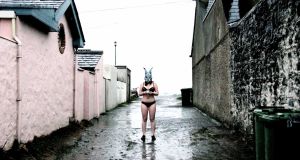 Tomboy Survival Guide is deeply personal. It’s about Canadian trans activist Ivan Coyote’s 40-plus years navigating a world that places the responsibility for acceptance on people who are maybe still trying to find themselves. Coyote prefers the pronoun they, and in the show they tell of the women in their young life who broke out of their gender roles and inspired them to do so. They remember first loves, being the only girl on the boys’ hockey team as a teen, and learning to be comfortable in their own body.

It’s all told through a charming mix of stories, anecdotes and letters written to people seeking advice, in rapid-fire spoken-word form, and against music by Ivan’s band of tomboys: Sally Zori on drums, Pebbles Willekes on bass, and Alison Gorman on trumpet.

This isn’t just a show for tomboys. It’s a story designed to remind people they are not alone, and delves deeper than the limits of either/or. It gets into the various layers of gender, and it does so in a funny, relatable, unguarded way. You feel a gentle sorrow for their struggles, all the while with an almost permanent smile on your face.

Human, hilarious and handsome, Tomboy Survival Guide is beautiful storytelling that enlightens perceptions and gracefully educates, with an important message and a powerful performance.

It is to the company’s credit that one is left yearning to see the piece they didn’t quite manage to make. Luke Casserly’s script works testimonies from the 1984 incident – concerning the death of two newborn babies – in with abstract movement, oblique comedy and exquisitely performed song to deliver a consistently diverting puzzle. The piece is at its best when it is closest to being a musical.

The self-consciousness does occasionally becomes wearying. The politics get lost in the confusion. But the piece is a technical marvel throughout. Happily, threats to force everyone into joining the irritating audience participation at the close were not fully followed through.

Jamie, Sive and Collette are flatmates in Dublin city. By the end of the night, Collette (Eva O’Connor) will be dead, but we, the audience, will be guiding her story. We’re divided up into teams and it’s a choose your own adventure (by majority vote).

Drinks are had, drugs are taken, fights break out, stuff gets stolen, relationships break down: there’s a lot of drama, or at least, potential for drama. We are told at the start to guide the girls not by the morally correct thing to do, but what we would actually, honestly do.

It’s a fun format, and the episodic structure of the play helps keep the pace lively. It intercuts between short scenes, flashbacks and debates without it feeling too fragmented. The script is brilliantly written, absorbing, and finds opportunities to explore Collette’s bipolar disorder naturally, in ways that are both funny and respectful. All three women are convincingly portrayed; you feel like you almost know them by the end, making the final decisions where we hold their lives in our hands, hotly debated votes.

Cleverly conceived and well acted, as a social experiment it works, and as a story, it’s one worth hearing.

When the tyrannical President Liz bans music throughout the land, it falls to a ragtag band to try to restore some harmony. Such is the charmingly simple premise for this family show from Eccles Theatre Group, performed on a pop-up-book landscape using puppetry and live music. It is a score for adventure, comedy and song, but it also affords writers Jane Madden and Ross Gaynor grace notes of alliances, resistance and resilience, deftly addressing two audiences at once.

Ciara Ivie plays the toothsome Birdy, who searches the woods for a siren diva, Celine, whose powers might save the day. On her quest she meets an anxious chicken, Cluck (James Murphy); a conflicted hepcat, Jazz Fusion Fox (Roseanna Purcell), whose animal instincts threaten to tear the band apart, starting with Cluck; and Finbar Doyle’s loved-up Techno Turtle (tortoise, actually) whose electronic evangelism could strand everyone in a limbo of repetitive beats.

Director Davey Kelleher ensures a light touch to the telling and the social satire, given an absorbing focus by the cast. Like Dorothy’s discovery in Oz, there’s something cheering and motivating in Birdy’s late realisation that they are the heroes they’ve been looking for.

The winds are howling inside an anonymous, dank warehouse space where we have been led from the shimmering glasshouses of the docklands. There are sounds of dripping water, of metal suddenly crashing on metal, as in a gothic ghost story. Anything can happen in Loosysmokes terrific new creation.

Blotches on the brick wall become slithery figures writhing on chairs suspended from the roof, crawling up and down the walls like feathery lacy spiders. This small aerial /circus/art collective have created another unique theatrical half world, mesmerising and atmospheric, allusive and seductive.

Twisting ropes sway into the half light, a trapeze is suddenly alive with two figures who tumble, arch and precariously dangle. These balletic shadowy feats create one of the many thrilling and scary visuals. A sinister puppeteer appears, entangling the hair of his two Coppelia-like marionettes in strands of rope. A whiff of hairspray and a snatch of the shipping forecast bring momentary shots of reality. But you swiftly want to return to that other upside-down world: to the acrobatic figure swooping from the chandeliers , the guttering candles, the eerie mystery of it all.

Miss it at your peril.