Dublin Dance Festival to hold mirror to our ‘obscene’ times 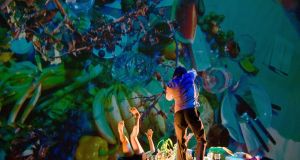 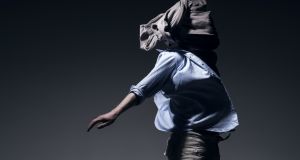 Totems by the Liz Roche Company 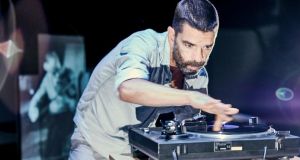 Dancers from 11 countries will perform in 40 events as part of this year’s Dublin Dance Festival which runs from May 18th-28th. But behind the diverse range of dance is a unifying goal: “We value artists’ freedom of expression, conscience, blasphemy and criticism, all of which offers us a precious mirror in these ever more obscene contemporary times,” says artistic director Benjamin Perchet.

In Displacement Syrian choreographer Mithkal Alzghair will examine the body and how it is viewed and acted upon by war, migration and revolution, while in French choreographer Maguy Marin’s Singspiel a single performer will present a series of identities, aurally mute but physically eloquent. “Its humanistic and democratic message, poetic force and radicality will leave some indelible traces on the collective imagination long after its Irish premiere,” says Perchet.

Opening night will feature newly-commissioned Concert by Colin Dunne, a solo in which he confronts fiddle player Tommie Potts’ The Liffey Bank, an album considered undanceable. Phillip Connaughton will examine the unexplainable in Extraterrestrial Events, and Maria Waller Nilsson will also look skyward in applying the centrifugal comings and goings of celestial objects to the search for true love in merry.go.round.

The Abbey stage will host the spectacle Deep Dish, promising Baroque opulence in the form of a dinner party, while B-girls and B-boys will sweat it out in Volume 3 of the Top 8 team’s Hip-Hop Dance Battle at Project, preceded by workshops and qualifying heats.

Developing a dance audience is central to the festival, and this year sees a return of children’s performances (Balletto di Roma at The Ark), film screenings (The Ferryman at Project) and the family day out in Merrion Square, along with ancillary talks, workshops and professional masterclasses and a visual art exhibition by Belfast choreographer Oona Doherty.

Now a regular feature, First Looks at DanceHouse will present works-in-progress, including Totems by the Liz Roche Company, newly announced company-in-residence until 2019.

No Fixed Abode: Life and Death Among the UK’s Forgotten Homeless
6

Seán Hillen: ‘The oxygen of publicity is everything for an artist’
8