Should public office be reserved for the over 30s? 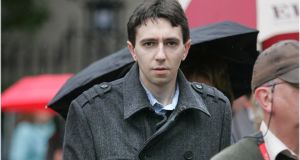 What can we learn from some dude who lived 2,500 years ago? Think about it: Plato had no access to proper science, psychology or economics and yet deigned to theorise about the human condition.

What was the big invention that wowed the Greeks circa 408 BC? The wheelbarrow. That says it all.

Or does it? Prof John Dillon, founder and director emeritus of the Plato Centre, a cross-institutional research hub based at TCD, believes that much of the philosopher’s thinking is fundamentally sound.

Like Plato, he puts great store in “character formation”, suggesting “our greatest failure as a society in modern times is to develop a mechanism for initiating young persons into adult life, a life of responsible citizenship”.

Although he admits he runs the risk of being seen as a “thorough old grouch”, Dillon advocates the introduction of a system of national service and, more contentiously, believes the separate values of youth and adulthood should be acknowledged.

In Socratic fashion he provides today’s countercultural idea (which, among other things, would put Minister of State Simon Harris out of a job): public office should be reserved for people aged over 30.

What can Plato teach us today? JD: “Plato, if we will have the patience to listen to him, can teach us much both in the sphere of ethics and of politics.

“In ethics he teaches the moderation of the passions and ambitions; on the political level, a proper respect for the environment, and the desirability of imposing limits on growth, both of population and production; and the ideal of ‘steady state’ as a correction to the current obsession with infinite and endless economic ‘growth’.

“He also has much to teach, I think, about the balance to be sought between personal freedom and acknowledgement of one’s duties to the community.”

From a political viewpoint, though, hasn’t Plato been tried and found wanting? His political solution is a centrally planned authoritarian state, and the examples of that in history are hardly appealing. “Plato was certainly no admirer of democracy, especially of the sort practised in the Athens of his time (where it was axiomatic that there was no ‘science’ of politics, and that anyone could rule), but his image as a ‘totalitarian’ is largely the result of a superficial reading of his Republic rather than a proper study of his last work, the Laws.

“Here the structure is rather a ‘managed’ democracy, where everyone is encouraged to take as full a role as they can in the administration of the state, and at all events to assent intellectually to all that is being done, though the state in indeed run by the ‘wisest’. This he regards as essential to a fulfilled and happy life for all the citizens.” Would the Platonic state also mean a fairly tough approach to immigration, given his emphasis on “limited membership” and birth control? “Yes, I’m afraid it would... He was certainly here very much a child of his place and time in this: no ancient Greek state felt any duty to accommodate the rest of humanity, and indeed most states encouraged periodic emigration, in the form of ‘colonies’. But, once again, I think he provokes us to ask ourselves tough questions, such as many of the good-hearted – and woolly-minded – are inclined to shrink from.”

What did Plato say about the role of youth in politics? Did he think we should listen to older rather than younger voices in society? “I’m afraid that Plato has really nothing to say about the role of youth in politics. It is the business of the ‘youth’ (ie persons below the age of 20), in his view, first to profit from an elaborate course of moral and intellectual education (up to 18), and then to undergo two years of ‘national service’ (in the proper, rather than the military, sense), during which they perform a series of public-service tasks (of a FÁS-like nature), and learn how the state works and what its needs are.

“Only after that are they ready for full citizenship and can vote. But public office is reserved for those over 30. And I actually agree with him in this.”

Yes, in your pamphlet Platonism and the World Crisis, you argue that one shouldn’t entrust an important decision to anyone under 30. Why so? “I am just responding there, rather polemically, to the attitude that I found prevalent in the California of the 1960s, into which I came as a graduate student: `Never trust anyone over 30!’

“But I do feel that the prevailing generation, say the 30- to 60-year-olds, in any society has the right and the duty to call the shots as to how that society should be organised. Let the younger generation change things around if they like, when they get there.”

Does the “cult of youth” infiltrate the field of ideas and philosophy? “There is, I think, a strong and largely pernicious drive towards constant innovation and change in modern society, which may be appropriate, or at least inevitable, in some areas such as IT or ladies’ fashions, but not at all in many others.

“Certainly there have to be mechanisms for change in a well-ordered society (and Plato plans for such – though a bit grudgingly – in his portrayal of the deliberations of the nocturnal council in the Laws), but the presumption that there should always be ‘new, improved’ versions of everything seems to me a mere marketing ploy, and deeply pernicious.”