This Album Changed My Life: The Chemical Brothers – Surrender (1999) 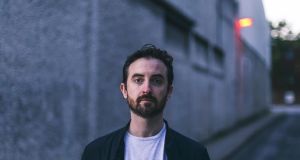 Ruairi Lynch of Bantum: “The Sunshine Underground is one of my favourite songs to this day, an eight-minute exercise in surround-sound techno psychedelia.” Photograph: Bríd O’Donovan

I was in my mid-teens and in the midst of my heavy metal/grunge phase when the Chemical Brothers’s third album came out. I first heard them on the PlayStation game Wipeout and I was already a fan, but Surrender changed things.

From the opening dialled-up funk salvo of Music: Response I was hooked. It just sounded like nothing I’d ever heard before. Surrender managed to mix elements of electronica, funk, rock and psychedelia while sounding cohesive. It referenced bands such as The Beatles, New Order and Kraftwerk years before I would get into them properly.

The Sunshine Underground is one of my favourite songs to this day, an eight-minute exercise in surround-sound techno psychedelia. Arguably their biggest hit, Hey Boy Hey Girl, oddly sticks out in the mix when I listen back, but it’s a guaranteed floor-filler nearly 18 years later.

Surrender influenced me a lot while working on my last album (2016’s Move) and I often use it at as a template when working on my own ideas, though I often get sidetracked and end up listening to the album through. I’ll still be listening for years to come.