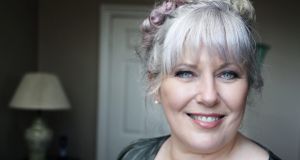 And she also adds two numbers from musicals, And This is My Beloved (by Borodin, as sweetened for the 1950s musical, Kismet) and My Hero, from Oscar Straus’s The Chocolate Soldier.

INO Studio Gala NCH, Dublin The Opera Studio of Irish National Opera is not quite a year old. It’s a project which does what it says on the tin, by offering mentoring and tailored opportunities to emerging opera practitioners.

The studio singers in this gala concert with the RTÉ Concert Orchestra under studio member Sinead Hayes are sopranos Rachel Croash and Amy Ní Fhearraigh and tenor Andrew Gavin. They’re joined by guest baritone Matthew Mannion and bass William Thomas, who took the top prize at the Veronica Dunne International Singing Competition earlier this year. The event has an 8pm start and offers excerpts from works by Berlioz, Bizet, Gounod, Donizetti, Massenet Mozart, and Rossini.

Irish Chamber Orchestra/Katherine Hunka Kilkenny Arts Festival The first concert of this year’s Kilkenny Arts Festival is an afternoon (4pm) event in the city’s Black Abbey. The Irish Chamber Orchestra’s leader, violinist Katherine Hunka, directs a programme of English music – Britten’s Variations on a theme by Frank Bridge, Elgar’s Serenade for Strings and his Introduction and Allegro – with a stray place for David Fennessy’s Hirta Rounds, a work by an Irishman who lives in Glasgow.

The ICO’s second Kilkenny concert is on this day week, Friday 16th, when Thomas Zehetmair conducts Beethoven’s Coriolan Overture and Eroica Symphony and changes his baton for a violin bow to play as soloist in Britten’s Double Concerto with viola-player Ruth Killius.