Taking the temperature of the Mercury Music Prize . . . still tepid

Will Kate Tempest and FKA twigs be slugging it out for the 2014 award? 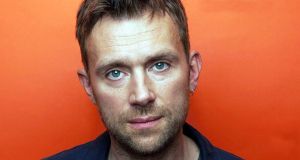 It’s less than a month to go to the announcement of this year’s Mercury Music Prize shortlist, and Ladbrokes are first out of the traps with odds as to who it thinks will feature for the Best British or Irish album of the year award.

Irish acts traditionally don’t fare well – there have been nominations but never a winner. That could change this year: James Vincent McMorrow is picking up steam, even if he is currently way out at 33/1.

The Mercury has officially been declared dead a few times over its 22-year run. According to last year’s obituary, it had become “way too mainstream”, as evidenced by the crime of five shortlisted albums having gone to number one – that’s music that people actually like and want to pay money for, as opposed to the usual Mercury dross of some throat-singing wunderkind from a remote Scottish island who knitted all his own album covers.

This year’s award already looks like a fight between two exciting new talents. Poet Kate Tempest – who is this week’s Gig of the Week after her performance at the Kilkenny Arts Festival – is gaining momentum, but will hardly be satisfied as being described as the “new Mike Skinner”. The other is FKA twigs, interviewed in this publication last week, who is similarly described as the “new Tricky”.

If you fancy a punt on this year’s shortlist, please don’t put money on London Grammar, who Ladbrokes has at 16/1 to be nominated. Their album is ineligible; it was released a day before this year’s cut-off point.

The big talking point this year is whether the Mercury people still bear a grudge against Damon Albarn. When Gorillaz were nominated for their debut album, and then promptly installed as favourites, Albarn pulled the band out of contention, saying winning the Mercury “would be like carrying a dead albatross round your neck for eternity”. Albarn’s Everyday Robots solo record is, by common consent, one of the standout albums of the year but will the Mercury risk an embarrassing rejection again?

Mainstream-wise there will most likely be showings for Ed Sheeran and Sam Smith, but don’t rule out a nomination for Morrissey if only for the reason that he’ll probably say something horrible about them – and the column inches will follow.

Elsewhere, expect to see East India Youth , Chvrches and Jungle making the cut. The shortlist will be announced on September 10th with the televised final on October 29th.

In truth, the Mercury ceased to matter sometime during the 1990s but that doesn’t stop the annual hand-wringing in the media over who should and who shouldn’t be nominated. Much like The X Factor, recent years have seen more of an emphasis placed on the act’s back story (the more “street” the better), which is why so many indie acts now claim an urchin’s life of squalor and deprivation when the reality is their father owns half of Oxfordshire and they were educated at a Swiss finishing school.

Love: After our Katy Perry news last week, now London Grammar have denied being members of the Illuminati. What’s going on?

Laurel and Hardy – another fine mess: The real story of their final days
Real news has value SUBSCRIBE