Family, friends and police appeal for information about disappearance 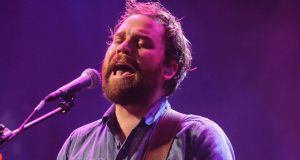 Family and friends of the missing singer from Scottish indie band Frightened Rabbit have appealed for information over his disappearance.

Concern is growing for the welfare of Scott Hutchison (36), who has not been seen since leaving the Dakota Hotel in South Queensferry at 1am on Wednesday.

His brother and band mate Grant Hutchison wrote on Instagram: “He’s in a very fragile state and has been missing since last night and we’re all incredibly worried. He was in a hotel in South Queensferry and hasn’t been seen or heard from since 1am. Please repost and share and get in touch with me grabbit if you have any info. His phone is with the police.

“If somehow you are reading this Scott then can you just let someone know you are safe please? We love you very much. Grant x.”

Hutchison had posted several tweets in the hours before leaving the hotel. “Be so good to everyone you love. It’s not a given. I’m so annoyed that it’s not. I didn’t live by that standard and it kills me. Please, hug your loved ones,” he wrote in the first. A second, posted 20 minutes later, read: “I’m away now. Thanks.”

Authors Irvine Welsh and Christopher Brookmyre and Still Game actor Gavin Mitchell were among those who posted on social media about the missing singer.

Police Scotland issued an urgent appeal after he was reported missing from Dennistoun, Glasgow, by his family.

Inspector Graeme Dignan said: “We are keen to locate Scott as soon as possible to ensure he is safe and well and would urge anyone who can assist with our ongoing inquiries to come forward.

We are worried about Scott, who has been missing for a little while now. He may be in a fragile state and may not be making the best decisions for himself right now. Please could Scott or anyone with any information on his whereabouts please contact Police Scotland (101).

“If you believe you have seen him since the early hours of Wednesday morning or know where he currently is, then please contact police immediately.

“I’d also urge Scott to get in touch with family, friends, or with police, to let us know he is alright.”

He is described as white, 6ft tall with a stocky build, dark hair and a thick beard.

He was last seen wearing a dark baseball cap, a navy hooded jacket, grey or khaki trousers and white trainers.

Welsh described Hamilton as a “good guy” and musician Frank Turner said he is “simply one of the best people I know”.

Television and radio presenter Edith Bowman shared an appeal by the band on Twitter and wrote: “Please help folks”.

They said: “We are worried about Scott, who has been missing for a little while now.

“He may be in a fragile state and may not be making the best decisions for himself right now.

“Please could Scott or anyone with any information on his whereabouts please contact Police Scotland (101).”

Anyone who knows his current whereabouts is asked to come forward.

Frightened Rabbit formed in 2003 in Selkirk, Scotland, earning a sizeable cult following for their emotive and anthemic songwriting. Initially a solo project for Hutchison, his brother Grant joined him to release Frightened Rabbit’s debut album in 2006. The band eventually expanded to a five-piece, and released four more studio albums. The most recent, Painting of a Panic Attack, was released in 2016 and was produced by Aaron Dessner of the National.

Since then, Scott and Grant formed indie supergroup Mastersystem with members of Editors, Yourcodenameis:milo and Minor Victories, and released their debut album last month. They finished a UK tour last week, following a Frightened Rabbit tour in March.

Frightened Rabbit are due to perform at Meltdown festival in London next month, selected by Robert Smith of the Cure, and Hutchison recently spoke of plans for a sixth album to be finished by the end of the year. – PA, Guardian Service