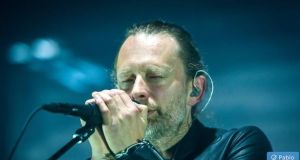 Radiohead have announced their return to Ireland with a date at 3Arena, Dublin on June 20th, 2017. Tickets go on sale at 9am on Friday, November 4th.

Earlier this month, the band confirmed they will headline next year’s Glastonbury festival, topping the bill on the Pyramid Stage on Friday, June 23rd. The date coincides with the 20th anniversary of the release of their ground-breaking OK Computer album.

The band’s ninth studio album, A Moon Shaped Pool – their first in five years – was released last May to critical acclaim. It was described in The Irish Times as a “thrilling ride of prodigious musical ability”.

Ticket for the Dublin concert cost €61.45 through Ticketmaster.