On a high note: music books with stories worth telling 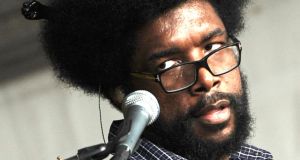 Questlove, whose Mo’ Meta Blues shies from the conventional 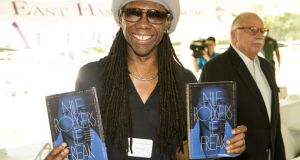 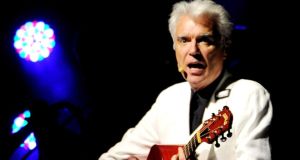 David Byrne, whose book How Music Works has wit, smarts and insight

You used to know where you stood with music books. If they were authorised biographies and written with the subject’s permission and co-operation, you got a sanitised account of his or her life that family members might find hard to reconcile with reality. Fine-tuned and airbrushed, the warts and blemishes were removed with the precision of a plastic surgeon’s scalpel.

Occasionally, you’d get a book like The Dirt, which traces Mötley Crüe’s many adventures on the wild side, but those were the exceptions. Authorised biographies were family-friendly affairs, a list of achievements and accolades making up for insights and revelations.

If the accounts were unauthorised, on the other hand, you were usually talking cut-and-paste hack jobs done with indecent haste.

Some biographers have produced fascinating stories about their subjects – both Johnny Rogan and Clinton Heylin, for example, are robust, diligent, rigorous chroniclers of music’s more fascinating characters – but again, these are the exceptions. Despite the considerable scope for having the crack with a story, most unauthorised biographies stay in the middle of the road rather than rummaging in the ditches.


Things are looking up
However, there has been a sea-change of late when it comes to music people telling their own story. Sure, you still get lengthy tomes that contain nothing new or of note – The Soundtrack of My Life told the story of record label boss Clive Davis in a 600-page, largely putdownable tome – but anyone who has read recent books by Nile Rodgers, David Byrne and Questlove will have relished what they’ve had to say.

As anyone who has heard or read an interview with Rodgers knows, the man can spin a tale. His 2011 autobiography, Le Freak, was a warm-hearted, fascinating, no-holds-barred tale of a pop career that took him from Sesame Street to disco, Madonna, David Bowie and beyond. Rodgers is open throughout about the highs and the lows of life under the mirrorball and in Madonna’s bathroom. Indeed, he could add several new chapters now, detailing his battle with cancer and his latest renaissance thanks to Daft Punk.

David Byrne is no stranger when it comes to the writing game. Bicycle Diaries was a freewheeling series of musings about life in New York and other cities worldwide as seen from the saddle of Byrne’s fold-up pushbike.

But last year’s How Music Works was a very different freewheeling affair. This was Byrne at large with wit, smarts and insights on a subject that has consumed him all his life.

Far-reaching in width and depth, it may be the only book you will ever read that provides tips on how to create a buzzing nightclub, outlines six new business models for the music business, breaks down the earnings from collaborative work with Brian Eno and deconstructs the philosophy of philanthropy.

There’s no doubt that Ahmir “Questlove” Thompson could also write such a book should and if the mood takes him. As things stand, Mo’ Meta Blues: The World According to Questlove from the leader of the legendary Roots crew covers nearly as many bases.

Thompson is one of hip-hop’s busiest players. Aside from working with the Roots in studio, on the road and as the house band on the Jimmy Fallon TV show, he has also produced or featured with everyone from Erykah Badu to D’Angelo and from Jay-Z to Elvis Costello.

Away from the studio he is a food and clothing entrepreneur (the Hybird fried chicken shack and the Hoodie Shop), the biggest Soul Train fan on the planet (he has another book forthcoming on that seminal US music show), the only musician you need to follow on Twitter and one of the best DJs in the game. He spoke last year about having 15 different jobs on the go and has surely added to that tally since.


Questlove: the music nerd’s nerd
But most of all, Thompson is the music nerd’s music nerd. In Mo Meta’ Blues, he traces it all back to the kid in Philadelphia who started out playing drums and touring during the summer holidays with his father’s doo-wop band.

Along the way, he became the kind of music fan who studied album sleeves and reviews to join the dots.

That boy became a man who today writes the review he thinks the new Roots album will receive and even lays it out on the page as if it were a Rolling Stone page from when he was 10 or 11.

As music bios go, Mo’ Meta Blues is not your average “what happened in the studio” or “our mad parties” read (though there is a great story about a party involving comedian Tracy Morgan when Thompson and his bandmates realise they’re not that kind of band) because Thompson is not the average kind of anything.

It includes a lot of footnotes and asides, including lengthy, insightful contributions from manager Rich Nichols.

There are also interesting chapter-long observations from ghostwriter Ben Greenman in the form of emails to his editor about how he is finding the process, how the book is progressing and how Thompson is dealing with the memoir aspects.

In many ways, the book’s success comes from Thompson’s desire to shy away from the conventional memoir. He’s keen to stress that he’s the number two man throughout – he formed the Roots with Tariq “Black Thought” Trotter, who he met at the Philadelphia High School for the Creative and Performing Arts, he’s Jimmy Fallon’s wingman, producing D’Angelo is not the same as being D’Angelo – so in order to tell his story, he relies as much on other pop-culture riffs as on direct stories and anecdotes.

And one thing Thompson can certainly do is riff and be geeky about music.

We get some fantastically detailed stories as he goes through the memoir of how he went from hometown freak to king of his own bespoke world, the tastemaker’s tastemaker and the guy who gets to stand alongside Eddie Murphy watching Prince rollerskating in an empty rink outside Philadelphia.

If you’re a fan of Michael Jackson, Stevie Wonder, Rufus or hip-hop, Thompson is your boy. It’s the best improvised music session you’ll ever have the good fortune to sit in on.

Thompson thinks, talks and sounds the way you’d like to think, talk and sound if you were a musician: funny, self-deprecating, smart, a bit awe-struck and, above all else, a fan. We need more books like this.

Book smarts: 10 lessons from Questlove and David Byrne
1. David Byrne and Brian Eno made profits of $324,5000 each from their Everything That Happens Will Happen Today album


2. Byrne has an eight-step plan to how to make a music scene, involving things such as free beer and cheap rents.


3. When Jay-Z asked the Roots to back him for MTV Unplugged in 2001, Questlove worried about alienating underground purists. “He was the antichrist to a certain kind of hip-hop fan.”


4. The eight-year-old Questlove was a Kiss fanatic and freaked out when he ran into them in a hotel lift.


5. David Byrne’s first experiment with recording vocals on a laptop led to his hit collaboration with X-Press 2 on Lazy.

6. According to a report cited by David Byrne, 69 per cent of creative individuals have mental disorders.


7. David Byrne is not a fan of classical music. “I resent the implication that I’m less of a musician and a worse person for not appreciating certain works.”


9. Pitchfork once claimed David Byrne would collaborate with anyone for a bag of Doritos.


10. After Questlove’s parents banned all non-Christian music from their home, he had to rebuy Prince’s 1999 several times because they kept confiscating it.