Music that moves through time and space 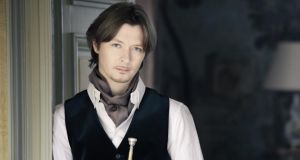 Sergei Nakariakov: ‘In nearly 50 years of concert-going I have never encountered trumpet playing like this’

The four concerts I attended this week set me thinking about music’s moral and emotional power. In Plato’s ideal republic, music would be strictly regulated to ensure that it could be used only for good. The Christian church’s requirement for music of calculated restraint produced foundational works ranging from early plainchant to 16th-century polyphony and beyond.

These issues remain contemporary. In the current issue of the London Review of Books , Nicholas Spice asks “Is Wagner bad for us?” His provocative question is answered partly by concluding that the moral ambivalence that has always surrounded this composer’s music lies partly in Wagner’s disturbing ability to transgress the space that, with most music, lies between us and it. We listen to Bach, to Beethoven, to Ligeti or John Adams. But even the rhetorical power of Beethoven does not invade the receptive listener in the discomforting way that Wagner can.

The importance of that space between music and listener came strongly to mind during Tuesday’s concert by Trio Medieval , who were in the early stages of a seven-venue Music Network tour. This group of three female singers presented a programme whose first half reconstructed a votive Mass from 13th-century England. Two movements are missing from the original sources, and Gavin Bryars composed replacements designed, he said, to be “audibly different [yet] without any sense of incongruity”. He achieved that; and the extraordinary singing had a combination of precision and expressive subtlety that drew one in, as if contemplating an object up-close, being captivated by its beauty, but remaining an onlooker.

The second half consisted of folk songs from Scandinavia, England and Scotland, including some pieces for Hardanger fiddle. This music was more earthy and sometimes more seductive than the ethereal beauties of the Mass setting. So the space between it and the listener felt that much smaller. But still there was still enough for the experience to be fundamentally healthy – engaging, sometimes moving, often delightful.
Wholesome symphonies
Healthy does not seem an apt word for Bruckner’s symphonies; but perhaps wholesome is, because they wear on their sleeves their composer’s awareness of music’s possibilities for elevated expression intensified by high musical intellect, and because they are remarkably free from Romantic introspection. Bruckner was famous for his social naivety; but in music his mind soared, his intellectual powers especially represented in the historically rooted contrapuntal skills he brought to bear on romantic concepts of symphonic form.

That sense for grand expression was evident in Friday night’s performance of Symphony No 4, given by the RTÉ National Symphony Orchestra conducted byGavin Maloney. And that impression survived a frustrating inclination towards pacing that over-emphasised episodic aspects of Bruckner’s symphonic design.

Historical awareness rooted in strong craft is also evident in John Kinsella’s Symphony No 10, which proved an effective pairing with the Bruckner. Premiered in Limerick just over a year ago, it is a large piece that brims with physical and mental energy, and with a sharp musical intelligence that grapples fearlessly with the challenges of creating a large-scale structure. There is merit in the claim, made by others, that Kinsella is the best Irish symphonist since Charles Villiers Stanford.


A Haydn triumvirate
Three symphonies by Haydn were featured in the Orchestra of St Cecilia ’s concert on Sunday. His stature is unassailable, and one of the reasons is his music’s balance of concentrated thought and liberal expression. Unlike in Wagner, power seems effortless. On the one hand this music can engage in the highest flights of intellectual prowess; and this was explained with enthusiasm and charm by the OSC’s conductor, Proinnsías Ó Duinn, as he demonstrated that in the elegant Minuet of Symphony No 47, the second half is the same as the first, but with all the parts played backwards.

On the other hand, Haydn could project on obviously common touch, as in the last movement of Symphony No 82, nicknamed “The Bear” because the last movement’s main idea unfolds over a drone bass. To Haydn’s 18th-century audiences, the connection with music for bear-dancing, where the poor captives typically danced to bagpipes, would have been immediate. And immediacy was one of the strengths in a concert that made one feel the world was full of good things.

Joie de vivre
Almost as much as Haydn, Mendelssohn’s music seems fundamentally healthy – or at least, that’s what I felt on Saturday night after listening to theIrish Chamber Orchestra conducted by Jörg Widmann , the ICO’s principal guest conductor. He is one of those musicians whose all-round abilities and passion are infectious. Playing the solo part of Rossini’s Introduction, Theme and Variations for clarinet and orchestra, he made fluff seem like beautiful glitter. The performance of Mendelssohn’s Italian Symphony was often boldly unsubtle. But it was full of character and joy of life.

Coming after the interval, this sunny symphony was an apt foil to what we heard earlier – the Russian-born trumpeter Sergei Nakariakov playing Widmann’s concert-piece Ad absurdum . As Widmann puts it: “Our rather romantic perception of virtuosity as the overcoming of gravity turns into renewed imprisonment in a self-constructed cage of manic rigidity.”

Quite. In nearly 50 years of concert-going I have never encountered trumpet playing like this. Written for Nakariakov’s extraordinary abilities, which include circular breathing, Ad absurdum often made me think my ears were deceiving me, as a continuous, rapid staccato ostinato on one note never ceased, even as we heard many other things happening that would be striking enough on their own. And the aural power was complemented by the visual effect of watching the orchestra struggle with its own manic virtuosity, as Widmann played the prancing conductor-composer so effectively, and as the human vehicle for transcendent virtuosity stood like a statue. This music-making’s transgressions of space and time were Mephistophelian. Although it was not as invasive as Wagner, it left my head spinning, even after the Mendelssohnian antidote.