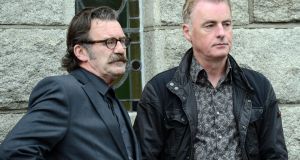 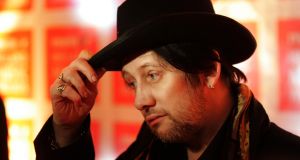 Frank Murray, who managed the Pogues for many years, has died of a suspected heart attack at the age of 66.

He always claimed it was his suggestion that the band write a Christmas song – which they did with Fairytale of New York – and that he was responsible for getting singer Kirsty McColl to duet on it with Shane McGowan.

Spider Stacy from the Pogues described Murray as “a total Dubliner who was an old school 1970s rocker”.

He had had heart surgery some years ago but was reported to be in good health. He died in Dublin on December 22nd.

Murray first worked in the music industry with Thin Lizzy in the 1970s. He quickly became their trusted tour manager as the band broke through internationally and he developed a close rapport with Phil Lynott.

Crucial to The Pogues’ success

He went on to work with, and manage, leading music figures such as Elton John and The Specials. His years managing The Pogues, though, were special to him. He first saw the band play at the Hope and Anchor in London in the mid-1980s on the urging of Dublin musician Phil Chevron (who would himself join the band as guitarist later).

When The Pogues were recording their 1988 album, If I Should Fall from Grace with God, Murray brought a copy of The Band’s seasonal single, Christmas Must Be Tonight, and suggested The Pogues do a cover version of it. When they dismissed the idea, Murray challenged McGowan to write a better Christmas song than The Band’s one. The resulting Fairytale of New York is regularly voted the best Christmas song of all time.

According to Stacy, Murray was crucial to The Pogues’ success. “Being Irish, he totally understood what the band was about and he really got the importance of the band in regard to Ireland and what Shane was doing with Irish music.”

After his time with The Pogues, Murray managed Dublin band The Frames. In the latter part of his career, he spent a lot of time in the US working on theatre and film projects.