Live music facing an uncertain future – nothing new there

Today it’s a pandemic. A century ago it was the advent of radio, the talkies and muzak 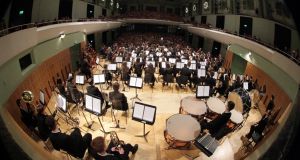 You can learn a lot from teaching. I certainly learned a lot in the years when my main activity – I wouldn’t quite call it making a living – was teaching piano. And not everything I learned from my pupils had to do with music.

I remember one day a girl in her early teens being quite unable to play a piece as well as she had played it the previous week. Her steady progress had turned into a backwards leap. She seemed so disengaged that I eventually asked her if she was okay. The immediate answer was a flood of tears, followed by a sobbing explanation that her mother was very sick, had been in hospital for two weeks, and the doctors still hadn’t been able to find out what was wrong with her.

The uncertainty was what was hardest to deal with. Listening and consolation, not music, became the point of the lesson.

The Covid-19 pandemic has us all living in a world plagued by uncertainty. It’s not just actions like British prime minister Boris Johnson announcing on Sunday that the slogan “Stay at home. Save lives. Protect the NHS” had become “Stay alert. Control the virus. Save lives.” or US president Donald Trump floundering from fantasy to fantasy as he tries to counter a force that’s unaffected by tweets, misdirection or lies.

The Irish Government’s five-phase roadmap for reopening society and business says its approach is intended to be safe, rational, evidence-informed, fair, open and transparent, and for the whole of society.

The most significant musical outcome of the new roadmap was the cancellation of all activity at the National Concert Hall up to Monday, August 10th. That’s the day mooted for the introduction of phase five, which envisages the opening of “theatres and cinemas where social distancing can be maintained”. Galway International Arts Festival, scheduled for late July, and Kilkenny Arts Festival, in August, have also now been cancelled.

All going well, phase four, mooted for Monday, July 20th, will see the opening of “museums, galleries and other cultural outlets where people are non-stationary, social distancing can be maintained and strict hand hygiene on entry”.

Uncertainty breeds uncertainty, and the provisos about social distancing are causing most insiders I’ve spoken to to wonder if there will be much scope for anything like normal cultural activity before the new year. In other words, what might a socially distanced Culture Night look like in September? Will the Westport Chamber Music Festival, New Ross Piano Festival, Dublin Theatre Festival and Wexford Festival Opera take place this year?

Will the NCH or any other venue be able to balance its books while the rules of social distancing apply? It’s easy to see what a socially distanced audience might look like seated in the NCH, or the National Opera House. But I still haven’t managed to get my head around the problem of observing social distancing while getting everyone into and out of their seats. The caution about latecomers not being admitted could take on a whole new meaning.

The situation is even more fraught if you take into account the fact that, since last month, “all passengers arriving in Ireland from overseas are expected to self-isolate for 14 days on entry into the State”. Those passengers, foreign and Irish, too, would normally include musicians and performers across arts disciplines. In other words, from soloists and conductors with the RTÉ NSO, to singers in opera productions, to groups going on Music Network tours, to actors rehearsing in theatres.

The escalation in costs from 14 days self-isolation alone would kill off large swathes of activity, independently of any consideration of social distancing.

So, although we know where we are now, even with the Government’s roadmap, we still have no idea what August’s phase five opening of theatres and cinemas might actually amount to.

It feels very bad for a locked-down public facing into a period of unknown duration without normal access to events at concert halls, opera houses and theatres. But it’s altogether worse for people who make their living from providing those performances.

Has the musical world known anything like it before? Well, there was a time when any background music had to be live. When cinemas showing silent movies had organists, pianists, ensembles or even orchestras. When music from palm court trios could be heard in hotels. WA Chislett, who began his record reviewing career in the 1920s, wrote about Heykens’s Serenade No 1 that it was played “in cinemas, cafes and restaurants, on piers and in parks, and whistled and hummed in the streets”. And the playing was all live.

Radio, the talkies and muzak ultimately put an end to all of that. The orchestras that recorded film soundtracks made musicians in individual cinemas redundant. But music-making survived. Violinist Terry O’Connor, who had been a cinema musician and had played in a trio in Clery’s on O’Connell Street, became a member of the small instrumental ensemble of 2RN, precursor of Radio Éireann, and ultimately leader of the Radio Éireann Orchestra.

The Hollywood orchestra system set up in the 1940s collapsed in the 1950s. Soundtrack music for films also went through a convulsion when synthesised orchestral sound became a serious rival. Musical work displaced from Hollywood was carried out in eastern Europe, and some of it made its way to Ireland.

Who knows how concert and recording life will ever manage to coexist with Covid-19? I certainly don’t. And I’m not even sure when the current cloud of uncertainty might definitively begin to lift.

All we can do is hope.