A focus on Schubert and Stephen Rea performing the work of Oscar Wilde are the main highlights, though the festival features few women in main performing roles 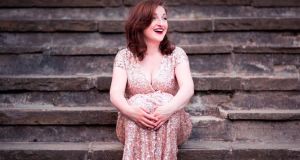 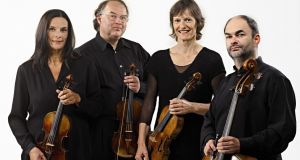 The late masterpieces of Schubert, Handel in Ireland, and Oscar Wilde’s De Profundis with Stephen Rea are among the highlights of this year’s Kilkenny Arts Festival.

This year’s festival runs from August 11th to 20th. In recent years, the festival has focused largely on classical music, and this year is no exception. Recent programmes have featured the work of Beethoven, Mozart and Bach, and this year it is the turn of Schubert.

Women are notable by their absence. Outside of the large groups and orchestras, there are eight women soloists or main performers listed, including soprano Ailish Tynan and Katherine Hunka, director of the Irish Chamber Orchestra. This compares with 22 men listed in the programme to date. The work of more than 30 composers is listed, all of whom are men.

In a statement sent to The Irish Times, the festival said: "Each year Kilkenny Arts Festival presents a major focus on a leading composer of the baroque or classical period – this year, Schubert, with an additional baroque choral series focussing on Handel.  The fact that virtually all the best-known composers of the 18th and 19th century were male is a fundamental challenge when choosing a featured composer, especially since it requires sufficient repertoire for 15 or more concerts.  For our full programme to be announced in June, the festival has been working on a number of projects involving premieres of new work by contemporary Irish female composers, as well as a wide range of other events across diverse artforms which will provide more visible gender balance in artists and performers across the 2017 programme as a whole."

The Dreaming the Sublime programme on Schubert will feature performances from Benjamin Appl, Ailish Tynan, Robin Tritschler, James Baillieu and Iain Burnside. The Irish Chamber Orchestra will perform with Jörg Widmann; Quatuor Mosaïques will perform Schubert’s late String Quartets and String Quintet; Christian Blackshaw will play his last three piano sonatas; the late Piano Trios and Piano Quintet will be performed by the Fidelio Trio; and the Irish Chamber Orchestra will play Schubert’s Death and the Maiden quartet.

Irish bassoonist, harpsichordist and conductor Peter Whelan and his baroque orchestra Ensemble Marsyas will perform three concerts focusing on Georg Handel’s time in Ireland, which led to the premiere of perhaps his most famous work, the Messiah. An opening night gala will see Christian Curnyn return to Kilkenny with his Early Opera Company for a concert performance of Handel’s operatic masterpiece, Julius Caesar in Egypt.

The festival will also present Stephen Rea performing Oscar Wilde’s De Profundis, with accompaniment from the Irish Chamber Orchestra and composer Neil Martin. De Profundis is essentially a love letter, which was written between January and March 1896 to Lord Alfred Douglas while Wilde was imprisoned in Reading Gaol.

Also on the bill are a late-night recital of Dowland and other songs and airs with countertenor Iestyn Davies and lute player Thomas Dunford; and The Orthodox Spirit, a programme of Russian orthodox sacred music, including works by Rachmaninov, Stravinsky and Bortnyansky with Chamber Choir Ireland, conducted by Paul Hillier.

Further details will be announced in June. For more information see kilkennyarts.ie.

This article was amended to include a statement form Kilkenny Arts Festival and add detail.