Freiburger orchestra monkeys around with Mozart 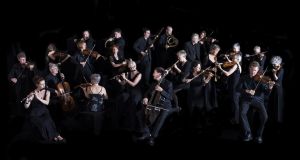 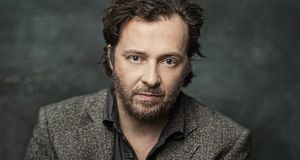 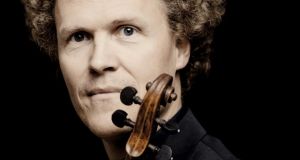 One of the great musical comedy sketches involves André Previn trying to conduct the Grieg Piano Concerto on the 1971 Morecambe & Wise Christmas Show. In it Previn, who is usually referred to on the show as Mr Preview, has to deal with Morecambe’s mangling of the concerto’s solo part.

On the surface it looks straightforward. There’s a group of arias sung by German baritone Christian Gerhaher, the late Clarinet Concerto with Italian period-instruments player Lorenzo Coppola and Symphony No 36. That’s the one nicknamed the Linz, as Mozart wrote it at what he called “head-over-heels speed” in a remarkably short period of time – between October 30th and November 4th, 1783 – for a concert in that Austrian city.

Following 21st-century taste, you would expect the symphony to be placed last. But for this concert it is advertised as coming first, and the gaps between its movements will not be silences punctuated by coughing and the clearing of throats. Instead, that is where some of the arias will be heard, turning the four-movement symphony into an eight-section sequence.

The man behind this is violinist Gottfried von der Goltz, one of the Freiburger’s artistic directors, who will direct the concert from the violin. The programme, he tells me, “has a sort of historical model. A Mozart Akademie [as 18th-century concerts were often called] used to present a range of his recent works, and it was common to split up a symphony.”

Those concerts were often very long, with multiple symphonies, concertos and arias, as well as improvisations. The best-known is probably the four-hour, all-Beethoven marathon in Vienna in 1808, which featured the Fifth and Sixth Symphonies, the Fourth Piano Concerto, the aria Ah! Perfido, excerpts from the Mass in C, an improvisation and the Choral Fantasy.

Gerhaher, Von der Goltz and the Freiburg orchestra have made a live recording of an even more extreme fracturing of the symphony, cramming in more arias and changing the order of the movements.

Now, says the violinist, in the new touring version, “we can really relax and enjoy going on stage and having a great dialogue. It’s a little bit like an opera scene: you have an overture, an entrance, an intermezzo, an aria again . . . It’s bringing to the music something of an operatic character.”

Von der Goltz and his players have been in Dublin before, for the first Dublin Dance Festival in 2002, “playing Bach’s Art of Fugue in a version combined with dance”. That was at the SFX City Theatre, and “I think it was fantastic. It was full. The bar was right beside the stage. It was a great atmosphere. I liked it very much.”

I mention the dire acoustics when that venue was used for symphony concerts before the National Concert Hall opened in 1981. “The acoustic is not as important as very many people think. You get used to the terms of a hall, and you can adjust your playing very quickly. After five minutes, you forget about the acoustic if you create a good atmosphere,” Von der Goltz says.

“It’s like you don’t need perfect stereo equipment. When I was a kid I had a very bad LP player. The LPs were in bad condition. But I loved them very much. The atmosphere from them had so much personality. I didn’t need better equipment.”

On the other hand he is very particular about performance and interpretation, which need to be of a standard that will enable you to “go beyond the acoustical conditions”.

Coppola will be using an unusual instrument in Mozart’s Clarinet Concerto, and, says Von der Goltz, will definitely talk to the audience about his clarinette d’amour. “He loves to communicate with the audience. His instrument has a mute at the end and has a softer and sweeter sound than a regular clarinet, like an oboe d’amore in relation to an oboe. It also has an incredibly wide range. It is able to play soprano and bass. You can present the idea of a woman’s role in an opera and a bass role. It has low notes that a modern clarinet doesn’t have, including one that has to be played with the knee. It’s very special.”