First Fortnight: The Songs That Save Your Life 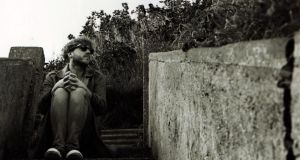 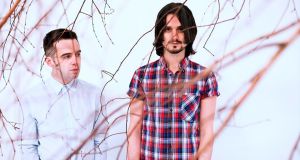 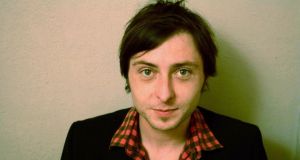 One of the most unusual events at this year’s First Fortnight is Co-Motion at St Stephen’s Green this Sunday at 2pm. Celebrating the healing power of music in relation to mental health, attendees (it’s free, FYI) are asked to come armed with a playlist of four songs that they turn to in rough times. They’ll be paired with a stranger, given a pair of headphone splitters and will listen to each others’ selections. On that note, we asked some of the musicians playing First Fortnight what four songs they’d choose.

Jonathan Richman – I’m Just Beginning to Live
When it comes to one’s mood or temperament, or whatever, sometimes the easiest solution to is put on a very simple pop song. You don’t want lavish production or orchestral arrangements; you just want some dude with a guitar and an infectious sense of positivity, and I guess that’s what Jonathan Richman has; it’s very real, his happiness, and that’s infectious. This song is an obvious choice, because he repeats the line ad nauseam throughout the song: “I’m just beginning to live”.

New York Dolls – Trash
This is probably the most important song on the list, because it’s saved my ass on two occasions. The first time I was alone in a house for week in Rosslare – I wrote a song about it called later, called Rosslare Tapes. I was drinking heavily, dark thoughts were around, but on the TV in the background there was a movie about New York Dolls, and this song just burst into life – that guitar and the drums intro. I thought: “If they can sing so happily about being trash, then who am I to be complaining?” In terms of depression, for me it comes on really hard and I feel it in my head first, then my shoulders and my body. You’re overcome with the worst kind of irrational thoughts. I remember being on a night out and thinking: “I wanna leave this place, I wanna walk to the canal and I’m gonna throw myself in.” Then out of nowhere, the DJ played Trash. There’s something about this song that’s like waving a magic wand over depression – at least from my own personal experience.

Patti Smith – Land
It’s really not a chirpy song, but it’s the song that most approximates depression for me – that “I don’t wanna feel this way” sort of feeling. One minute she’s talking about this sea of positivity, and then the next it’s all “cutting throats with razors” and stuff like that. But ultimately, whenever I listen to this song, the light always wins over the dark.

The Band – The Night They Drove Ol’ Dixie Down (live version)
If you watch the live version of this from The Last Waltz – or even listen to the audio – there’s something so magical about this song. It’s the closest thing I’ve ever seen people exhibiting the joy of music, the sight of a bunch of really seasoned musicians exhibiting pure joy. You can hear it in Levon Helm’s vocals, the backing vocals, the guitar playing. There’s something really spiritual about it, and for me, it’s probably the most uplifting thing ever recorded. 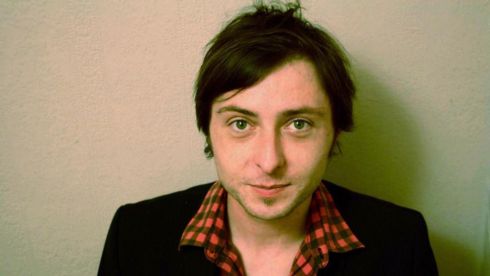 Jack Kerouac/Steve Allen – October in the Railroad Earth
I’d been a fan of Kerouac for a long time – I started with On the Road in my teens, as many people do. I researched more and more about him and found this album called Poetry for the Beat Generation by Steve Allen and Jack Kerouac. The whole album is one that still gets me through, to tell you the truth – but one song in particular stands out for me, called October in the Railroad Earth. His accent is addictive and the music’s great, and it just puts me in this really pensive, relaxed mood.

Julie Feeney – Stay
Julie and I are friends, and she’s been an amazing musical confidante for me over the years. This particular song is on her album Pages and it’s a real believe-in-yourself song. Because she believed so much in me when it felt like not many other people did, it means a lot. I used to listen to it in dark days, when I was thinking about giving up, and it always helped me through.

Garret Baker – Don’t Envy the Dead
Garret’s not well known at all, but he’s been circling the Dublin scene for a while and he’s incredible. This particular song opens with the line: “It may make no sense the way that we feel, but it’s the way that we feel.” A lot of times we’re not ready for the answer to our problems, but there’s something soothing about accepting that there is a problem in the first place.

Peggy Lee – Is That All There Is?
There is a sadness to this song, but the chorus is infectious and upbeat even though there’s a tone of melancholy on there, too. It’s ultimately a victory over it, though. The chorus gets me the most: “If that’s all there is, my friends, then let’s keep dancing.” 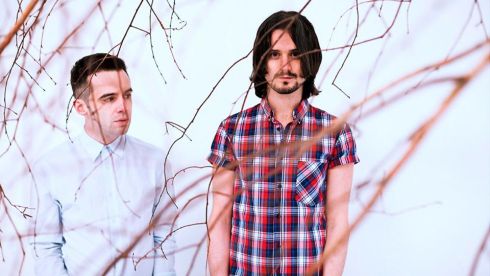 Nick Cave – Into My Arms
We all need someone to carry us through periods of darkness and I’d imagine Nick Cave has done his fair share of heavy lifting. When I feel down, I instinctively reach for Into My Arms. I’ve listened to it literally hundreds of times at this stage.

Lower Dens – I Get Nervous
I suffered from a period of post-traumatic stress disorder having been the victim of violent unprovoked attack in Dublin city centre. It was a time of considerable emotional instability – my thought processes becoming increasingly more irrational and erratic. It was during this time that I realised that it’s often the simplest songs that can help untangle the most complex of human emotions. I Get Nervous was the soundtrack to my recovery; generally, it sounds like the sonic equivalent of cotton wool.

Ryan Adams – The Sun Also Sets
Coming from the inner reaches of the Adams canon, and channelling Hemingway by way of gin-soaked bar-room blues, the emotional and musical sucker-punch is delivered with the simplest of lines: “When you get these feelings, next time, next time, be sure you’re gonna tell someone about it.”

Gavin Bryars –Jesus’ Blood Never Failed Me Yet
Having used this piece to navigate a period of insomnia, its simple mantra now feels enmeshed in my DNA – in a nice way. The undeniable humanity that inflects the recording is endlessly affecting, irrespective of which side of the historical or religious divide you find yourself on.