Brands have always liked musicians, and increasingly, the love is going in the other direction too 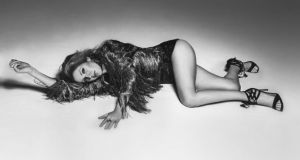 The prevalence of beauty vloggers, YouTubers and lifestyle personalities as social media influencers is the norm now. Brands seek to piggyback on the follower count of niche online celebrities to sell their products to an audience who are increasingly wise to being marketed to.

There is a precedent for such marketing and advertising activity. The idea of the celebrity endorsement, the product placement and the brand ambassadorship have been around since long before Snapchat and Instagram. These tenets of advertising have been a strategy of major music labels for a long time and are used in conjunction with music promotion strategies to generate revenue for the artist and to promote the artist to a larger audience.

The close kinship that fans feel with their favourite artist means that association with a brand can have a high engagement. In her role as Senior VP of Strategic Marketing and Partnerships in Universal Music UK, Cork woman Sarah Desmond is always looking for those right partnerships.

Desmond, who has worked in brand and music partnerships in London since 2005, says there are a variety of factors in deciding if a partnership is suitable.

“There are lots of aspects which weave together – data and instinct among them – but ultimately we ask ourselves if the partnership is authentic.”

Desmond works with a team of 16 people in the brands division of Universal Music UK, which operates like an internal agency. Her work involves “internal meetings around Universal labels, meeting managers, pitching to clients, going to gigs, and managing existing campaigns.”

The artist needs to genuinely want to endorse the brand, says Desmond, if there is to be credibility in their alignment. When Rihanna previews her collaboration with Puma on her Instagram, it generates huge interest and feeds back into her reputation as an icon. Of course, not all artists have fan bases like RiRi and collaborations with brands need to be carefully considered.

“The artist needs to be a fan of the brand and be able to credibly promote the partnership and vice versa,” says Desmond.

The resulting partnership can be anything from a small one-off PR opportunity to a global campaign that works across multimedia: TV ads, photos, digital content, social media, tour sponsorship and performance.

Desmond cites Ellie Goulding’s partnership with European shoe brand Deichmann as an example. Goulding was given a creative director role, meaning she had a say in all aspects of the shoe collection.

“Ellie designed the entire range and was free to pick the entire creative team from director to photographer to stylists: this was very important to realise her creative vision.”

The partnership is now a global TV campaign in 20 markets. Goulding’s fans responded to the shoe line by making them the fastest-selling range in their history and Deichmann was able to reach an new audiences in Europe.

“Fans are always front of mind when considering a brand partnership,” says Desmond. “If a partnership is executed well, we don’t need to avoid being too obvious, the brand is part of the narrative.”

There is always a tightrope to walk. Some artists just aren’t suitable for such partnerships, particularly emerging artists. Desmond aims to meet managers of newly signed artists early on to develop a long-term brand strategy vision.

A recent campaign between the band Years & Years and Samsung involved interactive virtual reality and a live streamed gigs, enabled viewers to put themselves into different vantage points at a gig - on stage, the front row or floating above the action.

The campaign reached an estimated 42 million people and Desmond says it gave the band a big promo boost ahead of their first European tour. The campaign won Best Music and Brand Partnership at the Music Week Awards the year which Desmond says is down to the innovative use of VR.

“Samsung demonstrated how their smartphone and VR can transform the art of the live performance and fan experience. Innovation is now key to many campaign and we love bringing it to life be it via VR, AR, holograms or whatever comes next.”

Beyond brand partnerships, Desmond’s work also includes product placement (which generally means features in Universal music videos and behind-the-scenes content) and long-term music strategies for brands such as HP Lounge, American Airlines, On Track with SEAT and McArthur Glen. Desmond says that SEAT, who were traditionally aligned with sport, came to them looking to connect to a music audience, and the result was a Channel 4 Music series called On Track With SEAT.

“We filmed artists recording straight to vinyl like they did in the old days, in one take including a cover version,” says Desmond. “This recording then produced a limited-edition vinyl and artwork by the artist. SEAT offered fans the chance to go to the recording and a download of the track.

“This ran for a few series and there was a waiting list of artists. Creative was king here. Bands wanted to do it. The Maccabees, Foals, Robyn, Bombay Bicycle Club, who are some of my favourite acts, did it.”

While a lot of older music fans may balk at the idea of their favourite artists and brands working together so closely, the idea of an artist, particularly a mainstream major artist, selling out just doesn’t hold as much weight as it once did.

This is partly down to the downturn in recorded music sales and the industry’s revenue normalisation. Fans inherently understand that if they are watching their favourite artist, whether it’s Take That, James Bay, Ella Eyre, Michael Kiwanuka, Sigma or Years & Years, that they have to make a living and are more accepting of such partnerships than they once were. Digital natives encourage it.

“I have very often said no to briefs and scripts that have come my way if I felt they would be damaging to the credibility of our artists,” says Desmond. “It needs to feel right and ultimately not have a negative effect on artist or brand. I always advise to think long term and not be aligned to too many brands in the short term.”

The movie quiz: how many best picture Oscars has Disney won?
9