Crawling back to happiness 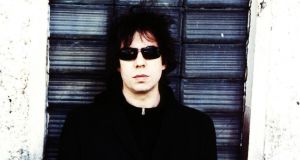 He’s a man with a reputation for speaking his mind, so it comes as no surprise that Ian McCulloch is forthright in his opinions on young indie bands these days.

“Do I rate any of them? No,” he says bluntly, his Liverpool brogue as thick as ever. “I’ll hear this ‘new indie band blah de blah’ on the radio or the telly, and they’ll be playing music but saying nothing. So many bands these days just want to be on telly or on the front of a magazine. It’s about making what you do really good and something that stands the test of time, not just about what people might like.”

Most of McCulloch’s own musical output has certainly stood the test of time. He formed Echo and the Bunnymen with guitarist Will Sergeant in 1978, and their songwriting partnership has beedn responsible for some iconic songs and albums: 1984’s Ocean Rain is regularly cited as a landmark record in British indie. Still, 35 years is a long time.

“It’s 35 years, but with eight years off for bad behaviour,” he laughs, referencing the period from 1988 to 1996 when he left the band to pursue a solo career. “Deep down, I suppose, we both feel that we belong in the best band in the world. Me and Will have always written songs that have meant something – we’re not just writing songs for the sake of it, for platitudes or any of that shite, or to be liked . . . I’ve always thought, both lyrically and musically, that I was an artist. I like to think of it as using a paintbrush rather than a pen to write songs, and Will provides the canvas. Eh, that’s not a bad quote, is it?”

McCulloch is entitled to feel somewhat smug. So sturdy is the Bunnymen’s legacy that world-beating bands such as Coldplay have been effusive in their praise, while Manic Street Preachers invited him to contribute vocals on their last album. Does he wear his “rock god” mantle lightly?

“Well, I hear about it a lot, but I never notice too many bands mentioning us – apart from Coldplay and the Manics,” he says. “I know we’ve influenced a lot more, but I dunno. I still think I’m an antagonist in a way, though, so I’m not really ready to think of myself as a ‘rock god’. I still think most things are crap. Sometimes we do get cited by a new band, and I just think ‘Oh God, no . . . what have I done?’ That’s a terrible legacy to have left, all the shit stuff.”

Of course, some mistakes have been made over such a long period of time. McCulloch’s last solo album – last year’s Pro Patria Mori , which has just been reissued with an album of orchestral reworkings of Bunnymen songs, was financed via crowdfunding. Despite hitting 159 per cent of the target, however, it’s not something he’d repeat.

“I shouldn’t be doing pledge stuff, to be honest,” he says. “I think the management that I had at the time had just run out of any kind of direction or hope – well, not hope, but management skills.

“I’m the private type when it comes to stuff – I’m not gonna be making films about me breakfast or any of that stuff, it doesn’t suit who I am. But when you get all the pledges, it’s almost like people have been told ‘you have to do something for us’. Which is fair enough – that’s what they’ve put their money into – but I realised that my head was totally absorbed in the album and I found it distracting. I don’t have a computer either, so that was another thing – I had to get someone to operate it for me. Me and technology don’t get along. If it’s a touchscreen anything, it’ll go off and never come on again as soon as I touch it.”

We may not be seeing his innermost thoughts on Twitter anytime soon, but that leaves McCullough more time for the nitty-gritty of making music.

Although Sergeant has been busy with his own side-project, Poltergeist, recently, Echo & the Bunnymen will continue to tour over the summer before returning to the studio in October to start work on the follow-up to 2009’s The Fountain .

Now 53, the wild-haired, sunglasses-clad Mac may be getting on, but there’s no question of him slowing down anytime soon.

“The set list might have to change live, but it still sounds incredible when we belt out The Cutter or The Back of Love – it’s like nothing else you’ll hear live,” he enthuses. “It’s incredible, our setlist. And I put it together so it’s bang-bang-bang – whether it’s the old fans or a new person seeing us, I want them to go ‘What the sod was that? I’m not just here watching some band swat out some songs. They’re not trying to get me to like them, they’re trying to get me to realise that they’re the best band in the world.’ And that’s what it’s all about.

“I’m convinced that when people see us, it’s a spectacle, not a show. There’s so much presence coming off the stage that you don’t need blue screens, or hopping-about stuff, or asking the audience how they are – none of that bollocks. Let the music speak for itself.”

Epidemics and Society: History shows they are here to stay
8