Can anything be salvaged from the New Music Dublin Festival? 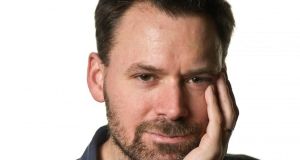 While John Harris wants to ‘salvage as much as we can’, pressure of time and space are weighing against him

Snow has been everywhere this last week and the New Music Dublin Festival was among the casualties. It can’t have been easy for festival director John Harris to see his programme disappearing in stages. The first change was precautionary. The planned outdoor opening by Crash Ensemble was taken indoors based on the weather forecast. Then, after the snow started to fall in earnest, the first two days were cancelled and, inevitably, given the levels of disruption the weather was causing, the rest had to follow suit.

The statistics can probably tell of the misery involved better than anything else. If New Music Dublin had gone ahead there would have been 540 people performing in 26 events on 10 stages over the four days of the festival. The good news is that Harris and his team are now working “to reschedule as many as possible 2018 festival events later in the year”.

It’s not the first time a festival of its kind has yielded to the weather. The Dublin Festival of 20th-Century Music was disrupted by the snow of January 1982, the biggest loss being the Irish premiere of Karlheinz Stockhausen’s Inori with the composer himself conducting the RTÉ Symphony Orchestra.

The performance was lost because of disruption to rehearsals. Some of the players in badly snow-hit areas found it impossible to make it in to the National Concert Hall. In the event a tape was prepared – from LPs of the Deutsche Grammophon recording of the work – and played to the audience in the National Concert Hall, with the dance element of the work performed live. The LP pressings (which I have been told were bought in a Dublin shop) had noisy surfaces, and the composer amusingly suggested that listeners might explain away the clicks and crackles by imagining they were coming from a warm winter fire!

The festival also lost a performance of Stockhausen’s Mantra for two pianos and electronics that was to have been given by the Kontarsky brothers. The only Stockhausen event that went ahead as planned in 1982 was a public lecture by the composer on The Art of Listening. This was built around an analysis of In Friendship for solo clarinet, with Suzanne Stephens, for whom it was written, on hand to play examples.

It’s interesting to look back at the programme for the 1982 festival and compare the repertoire with what was on offer in 2018. The biggest differences are explained by the title. The “20th Century” in the 1982 festival’s name meant just that. The programmes were not just concerned with new or contemporary music, but also reached back well into the earlier decades of the century. Hence the inclusion of pieces by Barber, Berg, Debussy, Ives, Martinu, Schoenberg, Stravinsky, Szymanowski and Webern.

There’s actually just one overlap between that complete list and the composers announced for 2018 – I say announced, because there were some New Music Dublin events for which the repertoire had not yet been made public. Kevin Volans, who had not yet become an Irish citizen in 1982, performed his Monkey Music with Gerald Barry in the 20th Century Music Festival. And his Gol na mBan san ár, for piper David Power and the RTÉ National Symphony Orchestra, was scheduled to have its first performance in New Music Dublin.

So, what’s really going to become of New Music Dublin 2018? Well, no one really knows, not even John Harris himself. There’s no way that the whole programme can be rescued. It’s too big and too complicated for that. Finding four consecutive dates at the National Concert Hall that would tie in with the availability of even the two RTÉ orchestras would be an almost impossible ask, given the orchestra’s existing schedules and the rehearsal time involved. And don’t forget that the festival also included performances by the Irish Chamber Orchestra, Chamber Choir Ireland and Crash Ensemble.

What Harris is looking for is a way of rescuing some of the key events and using those as a peg to place other things around. Even then he’s wholly at the mercy of what’s already scheduled at the NCH for the remainder of the year. But he wants to salvage “as much as we can” and is hoping to get a broad picture of the possibilities over the next few days.

The omens from 1982, however, are not encouraging. Despite Stockhausen’s willingness to return to Dublin and complete the rehearsals for Inori, the work was never rescheduled by RTÉ. And Mantra has still not been heard in Dublin, although it was performed in Cork in 2008.  mdervan@irishtimes.com

The misunderstood, useless and brilliant artists of the Irish diaspora
7