Brian Deady: ‘I wanted the album to be lean and raw’

Corkman’s second album is a soulful and substantial dive into personal themes of love and family: ‘This stuff obviously has been in my head for years’ 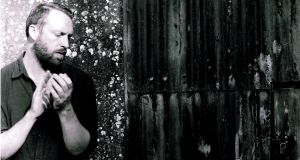 When Brian Deady was in the middle of writing and recording his new album, he found a box of tapes at home in Skibbereen. The box, gathering dust in a corner of his gaff, was full of C60 and C90 cassettes from his teenage years.

One tape in particular caught Deady’s eye. He dug out a tape recorder, put it on and was transported back to the years when he was getting into music for the first time.

“It started out as a Prodigy tape, was taped over with Cypress Hill, and it then became a Marvin Gaye tape,” Deady recalls. “It was literally the music I was into at one time overdubbed with the next music I was into. I realised there were different versions of myself on that tape. That’s where I got the idea for Tapes on the new album.”

Tapes is one of many standout moments on Non-Fiction, the Corkman’s second album, a collection of superbly played soul music. Its blend of Deady’s rich voice, pristine songwriting and the powerful personal slant of the lyrics makes for a hugely rewarding listen. With the studio assistance of Graham White, John Fitzgerald and Ross Dowling, Deady has produced the kind of album you don’t meet often.

It’s a huge leap and bound on from Deady’s debut album, Interview (2009). Back then he was trying to be many things, just like those old tapes. “It was one of things that bugged me about Interview. I felt I had to be this r’n’b guy and the soul guy and the hip-hop guy. There was too much going on, and I learned from that.”

“I was trying to find my feet,” he says. “I was still learning how to sing by listening to these people and trying to emulate what they were doing.”

After Interview came out, Deady found himself “tipping away for a while”. He released a few EPs in 2010 and 2011. But he wanted to make the second album really count, so he took his time with it.

In 2013, Deady found himself listening to more and more doo-wop: “What piqued my interest was that John Mercer song Fools Rush In. It absolutely blew my mind with how effective it was.”

He was approached by US label Plug Research about recording an EP so he started messing around with vocal arrangements and versions of Miike Snow’s Animal. The label didn’t go with the EP in the end. But Deady kept going, and the doo-wop thing came into play for the new album.

“It was hard for me on Interview to get a raw, true, honest sound and for it to come across as a good quality, high-fidelity sound. I think the year I spent at home recording the doo-wop stuff with just my voice was a real learning curve, which paid off.

“When you’re just using your voice, you’re constantly listening to a song and breaking it down into all its parts and putting it back together again, and it made my musical ear and my ear for an arrangement much better.”

Deady was also ready to dig into the highly personal themes of his own family relationships and break-ups that had shaped his teenage years.

“This stuff obviously has been in my head for years, but I wasn’t ready to realise it on the first album. Back then, my identity, who I was and what I was trying to say was unclear. I was still trying to find myself.”

His family’s reaction to Non-Fiction has being overwhelmingly positive. “For my brothers and sisters, it strikes right on the button. It was great to see that, it’s great to get their support and to hear them going ‘this is absolutely fantastic’. It’s brilliant to hear that. There were so many kids in my family that we grew up in sections.

“I’m not too sure about my father; I haven’t really spoken to him. But every other member of my family has been positive, and that’s a testament to the truth and honesty that’s in the songs.”

Deady is now getting used to the world beyond his own circle of family and friends hearing and digging the songs.

“It’s great to be on the other side and see people’s reaction. When I first put them out there and played them for my friends, I felt this sense of protection over them, as if they were too close to the bone.

“But when I got used to that idea that I could have some sort of distance from them, I realised that everyone’s got their story and this was my story. I could let the story be without constantly feeling this need to protect it.”