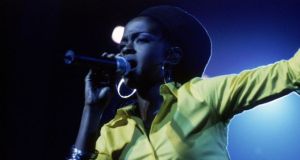 All Together Now festival has revealed its full line-up for the three days over the August bank holiday weekend in Co Waterford.

It was announced late last year that godfather of punk, Iggy Pop, would headline the festival at Curraghmore Estate this year, which will be his first Irish performance in 12 year.

He will be joined by another 37 artists at the festival including Sinéad O’Connor, which will be her only festival performance in Ireland this year.

It will be the first festival performance in Ireland for former Fugee singer and Grammy award winner Lauryn Hill.

The organisers said they’ve been “working hard” on their traffic management plan to avoid the problems of last year. The large traffic jams last year meant it took some festival-goers took nine hours to reach the site.