Moose and juicy at Body & Soul

Hunting for Caribou in the forests of Ballinlough Castle, we encountered any number of wild beasts 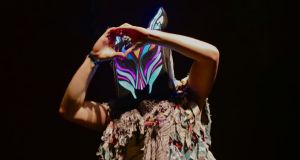 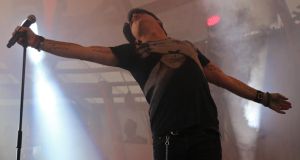 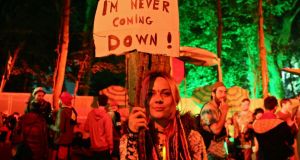 Forest folk: Staying up at Ballinlough 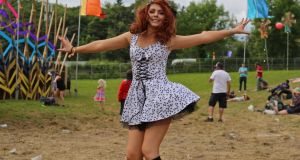 ‘What is a caribou anyway? Is it one of those big moosey type things?” asked Tom as we headed for a mid-morning settler, discussing the best plan of attack for Sunday’s shenanigans at Body & Soul. We all agreed that the band were named after a large beast that was indeed some sort of cousin to the reindeer.

“Did you ever see that wildlife documentary where the lion creeps up, really close to the ground, like, and takes off after the caribou, swiping the back legs out from under it?” Tom asked as we cracked open the first can of the day. “Nah, man, different continent. You wouldn’t find one of those there.” “Ah, right,” says Tom. “It musta been a leopard that took him down so.” Tom will always be more of a Gary Numan fan than a Wild Beasts man.

With the solstice landing on Saturday and a favourable weather forecast, the stars were aligned for another full forest at Ballinlough Castle, even with the now-annual capacity bump considered. The best you can do for the weather is stick out the Child of Prague or maybe sacrifice a goat/chicken/caribou, but a considerate U-turn in the BYOB policy this year ensured a sunny session outlook. There were restrictions on the amount you could bring in, but being able to pack cans at all meant punters were always going to save a few bob, not have to suffer large queues and, most importantly, didn’t have to hang out the campsite drinking as much as they could swallow without drowning before heading for the gigs. This created a more relaxed atmosphere as the need for early frenzied daytime drinking was negated, making the buzz and body count better for bands who were playing daytime slots.

Drinks companies pay large wads of cash for the monopoly on providing grog at gigs, but what’s more important, the bottom line or the buzz? There are several other festivals I can think of that would do well to follow this model.

GORILLA TACTICS Highlights this year included Slow Magic, John Grant, the moosey musings of Caribou, Ballet School, Jon Hopkins, Get Down Edits on woodland decks, the banter round My House, Dave’s Glowhole, Mikey and The Scallywags, Michael Harding on the Wonderlust tip, Max Romeo and King Kong Company (included solely on the basis that I play with them; I had the best Sunday lunchtime of my life).

The beating heart of this festival remains in the moodily lit midnight woods, though. The high-quality installations and creations have a spark of guile, fantasy and imagination about them that can’t be faked or feigned. The minority of messers in any large crowd meant that a very small amount of art got damaged or destroyed, but mostly the magic in the woods remained intact all weekend. It wasn’t pleasant to be hunted out of the forest by security with loudhailers at 5am(ish), but they probably did us a favour; they could’ve been a tad more subtle, though: we were quite delicate.

Body & Soul have set the standard for the summer’s sessions and I’d be surprised if any other festival (Electric Picnic included) manages to top the show that was lapped up by blissed-out punters in Co Westmeath. It would be negligent not to sample as many of the other festive fields as possible, however, just to see how they square up, like. This weekend Sea Sessions will be waxing their stick, ready to ride out another blinding bash in Bundoran.

I’m opting to pop my cherry at Westport Festival of Music and Food. If anyone catches me next or near to Bryan Adams’s gig on Sunday night, you have my express permission to pour Buckfast over my bulb; I’d be happier if you got it straight into my gob right before Kool & The Gang, though.

Coincidentally, this weekend’s forecast is somewhat caribou-ish: it looks a little like rain, dear.

Podcasts for pooches: A brilliant idea – or barking mad?

The Great British Bake Off: The contenders to become the new host
5

Ingenious Ireland: A cornucopia of a book that should be savoured slowly
8

150m Shades of Grey: How the bestsellers changed our sex lives
Real news has value SUBSCRIBE