The Government may huff and puff about the importance of the arts, but the truth on the ground is of a sector that has been making more with less for a couple of generations 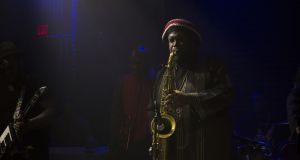 Robert Palmer knows the score, and it’s kind of scary. It’s the first working week of 2015, and Palmer is talking at the Eurosonic conference about how public money for the arts is running out. He’s a consultant who works with cities, regions, festivals and governments on cultural policy and development, so he’s not making this up.

Palmer talks about huge cuts in public expenditure on culture across Europe. With the exception of Germany and Switzerland, everywhere is using austerity to implement cuts aimed at art production. “You really haven’t seen anything yet,” Palmer says as he outlines states’ “ideological decision” to stop supporting culture and let the market take care of things.

Palmer’s presentation came to mind a lot during 2015. Again and again you saw the influence of that ideological change. The Government and various authorities may huff and puff about the importance of the arts and all that jazz (well, no jazz, really), but the truth on the ground is of a sector that has been making more with less for a couple of generations.

But if that’s the metanarrative when it comes to funding and financing, there’s another story worth noting at the margins. Great art and culture are being produced that aren’t waiting around for a handout. This has always been the case in Ireland, but it has become much more pronounced in the past few years. Younger makers and doers don’t see the point in spending time filling out forms and then watching the same old names slice up a smaller pie. Instead they’re spending that time on the work, with the usual hustle to pay the bills.

It’s bracing and exciting to observe such gusto and gumption, but it’s also letting the State and other patrons off the hook. The huge uptick in quality and quantity is completely at odds both with the reduced pot of cash and in terms of who the beneficiaries of taxpayers’ largesse are. We haven’t seen the market step in to make up the shortfall, because the market just courts bland commercial initiatives.

But groundbreaking work continues to be produced. It’s this that makes you realise what art can do – and outside the normal funding system. Just as well, given the growing hole in that bucket.

Kamasi Washington’s The Epic was the most powerful, imaginative and outlandish album of the year. Wig out in style.

Better Call Saul: The Breaking Bad prequel was head and shoulders above its source material.

Eden: One of the best depictions of club culture on the big screen focuses on the French Touch scene of the 1990s.

Ryan Gattis’s All Involved: Visceral, harrowing, pulsating exploration of violence and unexpected consequences set during the Los Angeles riots of 1992.

Show Me A Hero: Who knew that a TV series about public housing in Yonkers, New York, could prove so compelling?

Stephen Witt’s How Music Got Free: The best investigative thriller you’ll read about the music business.

The ‘creepy’ deepfakes anyone can create: How Deep Nostalgia animates your family photos