Is humanity losing faith in reason? 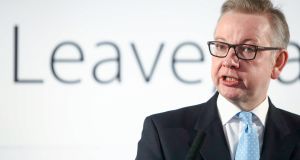 The rise in popularity of Donald Trump and the emotionally-charged Brexit referendum have led many observers to proclaim that we are in an era of post-truth politics. Leave campaigner and Conservative MP Michael Gove spoke to this new reality when he declared that people “have had enough of experts”.

Truth doesn’t seem matter so much as truthiness – the quality of something seeming to be true even if it’s false.

Have we lost faith in reason? Philosopher Julian Baggini asks this question in a well-timed and cogently argued new book, The Edge of Reason: A Rational Skeptic in an Irrational World. Baggini looks at why rationality gets a bad rap these days. In many fields, the experts have let us down. Science has arguably over-reached. And religion – something billions of people continue to hold dear – is frequently portrayed in secular society as incompatible with intellectual coherence if not sanity.

A related phenomenon is the modern penchant for reducing reason to just logic or scientific reasoning. This would seem to rule out the possibility of there being moral truths, something humanity should be slow to surrender.

As Baggini puts it, “reason is not only disinterested reason, acting independently of anything other than value-free facts and logic”. Providing today’s “Unthinkable” idea, he adds: “We cannot look to disinterested reason to provide the basis of morality.”

You say reason is under fire: in what way?

Julian Baggini: “Let me count the ways! First and most recently, the widely documented loss of faith in experts and elites assumes that having greater knowledge and experience in thinking about issues counts for nothing and could even get in the way of a superior common sense. The brain is seen as having failed us and so the gut is trusted instead.

“Second, reason is associated with a dry, scientific world view that has no place for emotion, intuition or faith. Logic is for robots, we are not robots, therefore logic is not for us, which is ironically an attempt at arguing logically.

“Third, reason is routinely dismissed as merely a means of rationalising our prejudices and instinctive beliefs. ‘We all know’ that psychology has shown that the rational mind is not in charge and that the unconscious, driven by emotion and automatic processing, rules.

Michael Gove opens up a new front in the war on reason:

“Fourth, many of the champions of reason exaggerate its power and so ultimately weaken its appeal when people see that it doesn’t live up to the hype.

“Fifth, reason has been blamed for the rape of nature, the horror of the concentration camps, Mao’s cultural revolution, Hiroshima and pretty much every other modern ill. A rational world is seen a cold, uncaring world which values efficiency over human dignity. On all five counts, reason is innocent of the charges.”

Perhaps one of the reasons we distrust rationality is because the things people value most in life – such as unconditional love and self-sacrifice – are seemingly irrational.

“Some people say altruism is irrational but there is nothing logical in being purely selfish. Reason doesn’t give us motives and it doesn’t tell us what we do and should value the most. But it can help us to see that our values and goals are inconsistent or have unintended and unforeseen implications.”

You write: “Honest and sincere reasoners need to accept the catholicism of rational discourse.” What are you getting at here?

“I mean catholic with a small c, meaning inclusive and open… We reason in the catholic sense whenever we sincerely attempt to offer compelling reasons for belief which are capable of being assessed, understood, revised or rejected; reasons which don’t just sound good because they suit us.”

You say “traditional secularism” which keeps religion out of the public domain is untenable. But if religious and non-religious people are to debate on a level playing field, what ground rules should be used?

“What is understood to be ‘traditional secularism’ is something like what we now see in France, where religion is essentially banished from the public square. I think this is mistaken and is not what secularism should be.

“Secularism is not about ejecting religion but ensuring that no comprehensive world view is privileged in the political domain, including atheism. So there is no need to ban religious symbols or clothes. What we must insist on, however, is that when we try to work out our differences together – which is what politics is – we have to try as hard as we can to speak in a common language, to appeal to shared values.

“If we are debating Sunday trading, for example, the debate cannot be ‘my religion forbids it’ versus ‘your religion is false’… We need to bring to the table arguments, reasons and values that have a currency beyond our own religion or humanism.”

Daniel Patrick Moynihan (1927-2003), US democratic senator and sociologist, replies: “Everyone is entitled to his own opinion, but not to his own facts.”