‘Pearse whistled as he came out of his cell’: diary of a 1916 executioner

The journal of a British soldier who commanded the firing squads that executed Pádraig Pearse,Thomas MacDonagh and Tom Clarke has been published in a new book 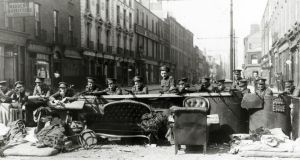 Samuel Henry Lomas was born in November 1879 in the Derbyshire village of Tideswell, in England. He was the son of a coal agent whose wife was already mother to three daughters. By the 1911 census, at the age of 31, Lomas was foreman of a quarry and living in nearby Bakewell with his wife of six years, Sarah Ann, and their two-year-old son, William.

On October 31st, 1914, Lomas enlisted in the Territorial Force, as the British army’s volunteer reserve was known at the time. He had served nine years with the Second Volunteer Brigade of the Sherwood Foresters regiment and was awarded the South Africa medal for his service in the Boer War. 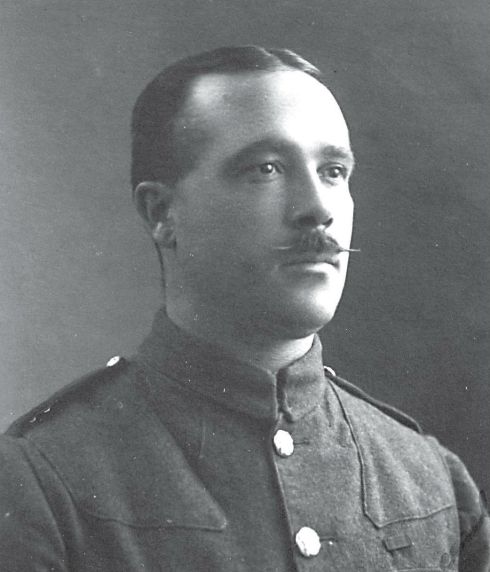 Lomas was 36 when he set sail from Liverpool, aboard the Royal Mail steamer Ulster, on the evening of Tuesday, April 25th, 1916. The ship was bound for Dún Laoghaire, known then as Kingstown, and, for the next 14 days Company Sgt Maj Lomas kept a diary of his time in Ireland.

As with all eyewitness accounts, particularly those written during periods of high stress and physical danger, it’s not uncommon to find errors or flaws in the notes – misnamed streets and people, for example.

Lomas was involved in some of the most intense fighting of Easter Week: he supervised the building of barricades across several important streets, including Parnell Street, led storming parties to break into buildings around Moore Street, discovered the body of the O’Rahilly and participated as senior noncommissioned officer in the rebellion’s first executions in Kilmainham Gaol, those of Pádraig Pearse, Thomas MacDonagh and Tom Clarke.

By the time Lomas’s diary ends he had less than a year to live. His military history sheet lists his service in France during the first World War as beginning on February 26th, 1917, and ending just over two months later, on April 27th. With no known grave, he is commemorated on the Thiepval Memorial to the Missing of the Somme.

APRIL 27th
Noon Marched out from the Royal Hospital en route for Dublin Castle. All along the road, constant sniping was going on but the Royal Irish, by keeping up a constant fire in the direction of the snipers, prevented them from concentrating their fire on the column. We arrived at Dublin Castle without any casualties.

6pm ‘D’ Coy were ordered to proceed along Cappel Street, Parnell Street to consolidate the position held by the Royal Irish. We moved out and on crossing the bridge over the river from Parliament Street, we came under heavy fire from the Sein Feinners. We proceeded up Cappel Street and on entering Parnell Street, at every cross street we were subjected to rifle fire from the enemy. On arrival at Moore Street, I was instructed to make a barricade right across the street.

APRIL 28th
10am The men were allowed to rest in the sun when not on duty, taking care to have cover from the snipers in the locality.

Noon One 18-pounder arrived and laid facing down Moore Street in the direction of the G.P.O. Four shells were fired which caused the rebels to quake, as for some considerable time, the rifle fire was silent, with the exception of a few snipers. The artillery proved most useful, & were in my opinion mainly the cause of the surrender of the rebels.

7pm Trouble by a man several times coming to the barricades, he being full of beer.

APRIL 29th
9am Received instructions to prepare for storming parties of 20 men and an officer, and to provide ourselves with tools of any description to break down the doors etc. To search the houses through to Henry Street and to make a breach when necessary in the walls.

12.30pm All ready and the assault commenced. My party were allotted to an alley with houses either side. My weapon was a bar 5’6” long 1” strength with a lever end – a beautiful tool for the purpose. I struck at one door such a smack and knocked the door complete for some 5 yards into the house, breaking hinges and lock at the same time. Sweating like the devil! (Rather with fear, excitement or work) It is surprising how the lust to destroy comes over you.

2pm Orders are passed for us to stand by as a white flag was approaching the end of Moore Street. This was found to be from Sean O’Connelly [James Connolly] asking for terms of surrender. Instructions were sent back up the street for O’Connelly to come down and interview the General in command of our troops. This was done, O’Connelly being carried down on a stretcher, as he was wounded in the leg. Whilst standing by, we came across the dead body of O’Reilly [the O’Rahilly], the acting adjutant.

MAY 2nd
9pm I was warned to provide a party of 48 men and 4 sergeants for a special duty parade at 3am the following morning. I was told as a special favour I had been allowed to go as one of the party as senior NCO.

MAY 3rd
We paraded at the time appointed, marched to Kilmainham Jail. At 3.45 the first rebel MacDonoghue [Thomas MacDonagh] was marched in blindfolded, and the firing party placed 10 paces distant. Death was instantaneous. The second, P.H. Pierce [Pádraig Pearse] whistled as he came out of the cell (after taking a sad farewell of his wife.) [Pearse wasn’t married, and was visited only by a Capuchin priest, Fr Aloysius.] The same applied to him. The third, J.H. Clarke [Tom Clarke], an old man, was not quite so fortunate, requiring a bullet from the officer to complete the ghastly business (it was sad to think that these three brave men who met their death so bravely should be fighting for a cause which proved so useless and had been the means of so much bloodshed).

5am This business being over, I was able to return to bed for two hours and excused duty until noon.

Author’s note
The identities of the men who carried out the executions of the 16 rebels in 1916 were never officially recorded, but some information has become known since then. One officer who commanded a firing squad on May 8th, 1916, left a memoir: Capt Arthur Dickson of the Sherwood Foresters. He committed his recollections to paper in the early 1920s.

“I was to march my firing-squad of a Sergeant and 12 men to a space cut off from the execution-point by a projecting wall; halt them to ground arms there; march them forward 12 paces to halt with their backs to their rifles, each of which I was then to load and replace on the ground.

“Thus no man knew whether his rifle had been loaded with blank or with ball; each was therefore left not knowing whether he personally had shot the man or not . . . We marched our squads to [Kilmainham Gaol] long before dawn in a dismal drizzle . . . We had to wait while it grew faintly light and I took the chance to instruct the squad exactly what orders they would get; I didn’t want any muddle. . .

“After ‘Ready,’ I told them, on the word ‘Present’, you bring your rifles smartly up to the standing-aim position, aiming at a piece of white paper pinned on his chest and on the word ‘Fire’ – steady pressure on the trigger, just like on the range. Then, at once, I shall give you ‘Slope arms’ – ‘About turn’; then as we clear this wall – ‘Right incline’ – ‘Halt’ – ‘Ground arms’.

“Thanks to that preparation, it was carried out smoothly. The 13 rifles went off in a single volley. The rebel dropped to the ground like an empty sack . . . I can’t say I felt much else except that it was just another job that had to be done.”

This is an edited extract from The 1916 Diaries, published by Mercier Press