Irish Roots: Digging the line between them and us 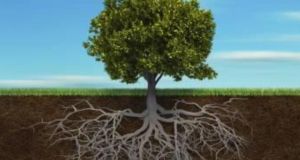 Digging for Britain is a greatest-hits archaeology compilation on BBC Two and the wonderful BBC Four. Each hour-long programme picks a selection of the most interesting excavations to take place over the past 12 months in each of four regions, three points of the compass over on the neighbouring island, and Northern Ireland. For the NI episode, the show is tactfully retitled Digging for Ireland.

But watching the last episodes, I noticed some strange pigeon-holing of the people whose remains were being dug up. The builders of the extraordinary 5,000-year- old ritual sites on Orkney, were “our ancestors”. Anglo-Saxon warrior graves hold “our forebears”. Queen Boudicca, though undoubtedly as Celtic as the Scottish Premiership , was somehow “one of us”.

On the other hand, every mention of Romans, Vikings and Picts was preceded by “the”, casting them as outsiders or invaders who showed up for a few centuries and then buzzed off. This is very strange. Romans or Vikings are orders of magnitude more likely to have contributed genes to Prof Alice than 5,000-year-old Orcadians and there are plenty of non-Boudicaa Celts who are very unwelcome in the British national family tree.

Where the line runs between “them” and “us” is always a political and cultural choice, but it is rarely as visible as in popular British archaeology. There is plenty of excellent Irish archaeology – have a look at archaeology.ie or irisharchaeology.ie. It would be nice if it got enough popular attention to allow us the luxury of seeing that line so clearly here.