Liven uo your week with gigs, concerts, theatre and events around Ireland 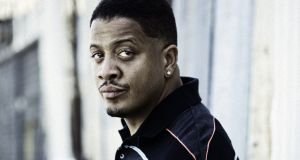 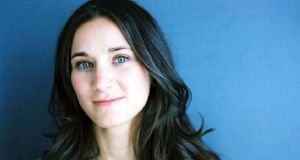 “Most symbols have been drained of power by our consumerist, sensationalist culture,” says artist Caul Audiac (whose name sounds like an invention, and is. He is known otherwise as Michael Arbuckle). He sets out to tweak and re-animate the bland graphic signs and symbols routinely used in mass media culture.

Playwright Hannah Moscovitch has blazed a trail through the Canadian theatre scene, with work featuring Canadian troops in Afghanistan, a romance in Stalinist Russia, and this, her first play, which looks at the legacy left to the children of those involved in the Holocaust. Brinkmanship Theatre start the new year with intent.

Simpson may be lumped in with the country music/roots singer- songwriter crowd, but anyone who calls one of his album Metamodern Sounds in Country Music has surely got something else going on. Often compared to “outlaw” songwriters such as Willie Nelson and Waylon Jennings, Simpson channels something completely different in his tunes, and you’d wager he’s the only country songwriter ever to have written about his experiences with the mind- altering drug psilocybin. A long way from Nashville, eh?

Two distinct and distinctive approaches to painting. Kathy Tynan pays close, descriptive attention to her everyday, urban world (above), elucidating objects and environments that we would otherwise hardly notice. Aileen Murphy focuses on individual motifs, celebrating them with lush, concentrated bursts of colour and texture.

Music Network gets its tour bus on the road early with a trio of exceedingly fine musicians. Kevin Burke’s fiddle has been at the core of the sound of The Bothy Band, Celtic Fiddle Festival and Open House, and his appetite for innovation and collaboration has never dulled. Liam Ó Maonlaí’s charismatic on-stage presence is a centrifugal force to be reckoned with, and English guitarist Tim Edey earned his chops playing with Seamus Begley, and since then, countless musicians have sought his delicate, thoughtful and often witty accompaniment. This extensive tour promises much by way of new interpretations of familiar tunes and songs – and, one suspects, more than a few curveballs.

Three Scottish folk singers and songwriters travel across the Irish Sea to participate in Belfast’s opening salvo for the festival season. Yorkston is an acclaimed co-founding member of Fife-based Fence Collective; Dan Wilson (aka Withered Hand) is witty and emotive; and Johnny Lynch (aka The Pictish Trail) is brilliantly self-deprecating. This is a co-headline show with all three men onstage throughout. Expect tears of sorrow – and merriment.

He’s back. The Chicago native with the deep baritone voice in Jurassic 5 and the rapper who has worked with Roots Manuva, Blackalicious and many more is also a dude with a striking solo show of his own. Chali 2na (above right) returns to Dublin with The Funk Hunters to play tunes from his Manphibian Music and Fish Outta Water releases along, naturally, with classic J5 cuts. An early year treat for classic hip-hop fans in the audience.

A new year means a new batch of raw recruits to the game, and where better to see emerging music acts than in this most venerable music venue? Now in its sixth year, Whelan’s Ones to Watch Festival will also showcase some acts that you might know – just to show how much they’ve advanced in the past year or two. The event continues into next weekend.

The banjo is still enjoying the fruits of a very successful rehabilitation, much of it due to the sheer vivacity and wit of We Banjo 3. The Scahill and Howley brothers trace circuitous pathways from east Galway to the bowels of Appalachia, and lure unsuspecting punters in their wake. Four Men & A Dog share tonight’s bill, and should bring another layer of sophisticated alternative country and trad to the evening’s proceedings.

The night out that kicks off the weekend in the heart of the capital city. Jamie Byrne and Danny Walsh are your Trash- men, the duo spinning house, hip-hop, Nineties’ classics and future hits all night long. The usual array of Academy bits and bobs are also in place to ensure the wow factor.

50 hidden gems Netflix probably won’t recommend for you
10 `Married guys, all they want is to touch and feel another guy'
Real news has value SUBSCRIBE