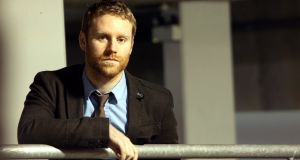 Subtitled The Sun Goes Down, this 30th anniversary remembrance of the untimely death of Thin Lizzy’s Phil Lynott holds special significance. As such, there will be appearances from original Thin Lizzy members Eric Bell and Brian Downey. The line-up also includes jazz/folk band Mongoose, singer-songwriter Fiach Moriarty, and The Soul Brothers. Expect special guests, some cracking songs, and a few tears.

You may not feel up to doing much during the first week of a new year, but a few hardy souls will always follow a different tune. The Morning Gloryville gang are the ones who believe the best way to greet the new day is with a rave, some yoga, a massage and a bit of reflexology. Their claim: “Nothing wakes you up more than a soul-shaking dance”. This morning event, in association with First Fortnight, may well be better for you than reaching for another cup of coffee.

Since 2002, Gugai’s Strange Brew night out has worked off a simple notion: put on a host of Irish and international acts in one of the best live rooms in the land and then lash out a bunch of indie anthems until it’s time to go home. That simple formula has worked a treat, giving Galway audiences the chance to catch new acts up close before they go onto bigger things.

When it comes to big nights out in Belfast, Sketchy’s weekly carnival has been doing the business week in and week out for more than a decade. Helmed by BBC Radio Ulster’s alternative and indie music maestro Rigsy (above), with a galaxy of guests joining him on the stage, Sketchy is your one-stop shop when it comes to beats with bass, fun and the extra-large whopper factor.

Unthinkable: Which ‘golden rule’ of ethics is best, the Christian or Confucian?
6

Laurel and Hardy – another fine mess: The real story of their final days
Real news has value SUBSCRIBE