The cheeky, self-aware series returns with an amusing trip to the underworld 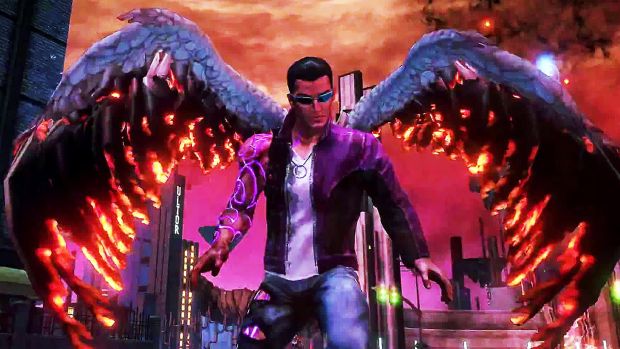 With musical numbers, Shakespeare as a nightclub MC and an afterlife car-jacking, the latest Saints Row gets off to a rowdy start. This is technically an epilogue to the mighty Saints Row IV, so while you can buy it and play it as a standalone game, it does assume you’ve played its predecessor and leaps into the story accordingly.

And what a story! Having successfully weathered an epic alien invasion, the Third Street Saints gang are having a birthday party and dabbling in the occult. After using their Ouja board, their leader is sucked into hell. It’s up to gun-toting Johnny Gat to jump down the rabbit hole and track her down. “How are you going to come back?” asks a colleague. “I try not to sweat the details,” he replies.

Like before, this is a third-person, open-world shooter, only this time the open world is one of the circles of hell. There’s still gunplay, driving and outlandish weapons (such as an armchair with machine guns), but now with added angelic abilities such as the power of flight.

Funnier than the competition
Saints Row isn’t as polished as competing franchises like Far Cry or Grand Theft Auto, but it’s much funnier. Gat out of Hell is very self-aware, and the one-liners are a hoot. The overall story is funny too, and follows Satan arranging for his daughter to marry a property developer. The game also makes room for competing underworld gangs, and uneasy alliances with Blackbeard (“I bow to no crown, not even when Satan himself wears it”), Shakespeare (who sold his soul for fame) and Vlad the Impaler.

It’s not the prettiest franchise in the games world, and the garish reds and neon purples sometimes threaten to become an eyesore. But at the same time, there are also some very arresting visuals and there’s no shortage of imagination. The open world gameplay works tremendously well, and it emerges (as always) as a genuinely distinctive and unpredictable game.

I do wish that the team had crafted a fuller game with this setting, but if spending time with the Saints means compromising, I’m happy to do it. Indeed, to play with the Third Street Saints, I’d travel to hell and back!