Commandeer a fighter spaceship, fly sideways and take out enemies like it’s 2004 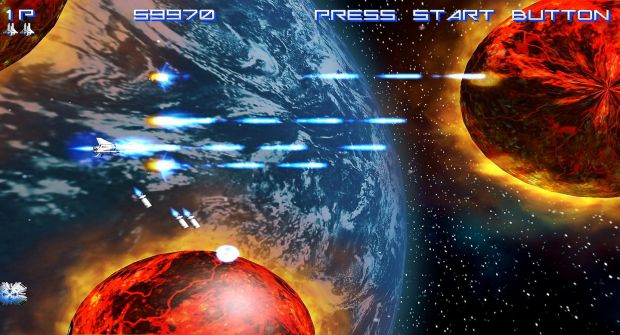 Videogames are still seen as a new artform; arguably the first mainstream art form the 20th century gave birth to. But they’re old enough for the re-issue industry to exist. Take Gradius V, for instance. The Playstation 2 classic has been re-issued with no bells or whistles (and little fanfare), but it’s still worth a punt for fans of the genre.

That genre is side-scrolling, 2D shooter (a dying breed) and the gameplay is both simple and immensely challenging.

It’s a fast-paced game in which you commandeer a fighter spaceship, and take out countless enemies that stream your way. These adversaries include other small vehicles, space stations (that expand and contract), automated turrets and small planets (that also expand and contract).

There’s a two player co-op option, but what you gain in firepower you lose in safe spaces on the screen (which are sparse to begin with). You can choose between different kinds of firepower before each game, and collect weapons and bespoke power-ups.

Gradius V dates back to 2004, but with its retro graphics and basic controls, it feels older. The music is lively, but ages the game too. Is that a hint of drum and bass I hear?

It’s a chaotic affair of countless projectiles and explosions (big and small), but it’s also quite an elegant game, especially when you manage to manoeuvre around the chaos. The constant barrage of explosions, colours and swirling objects eventually form an attractive, violent kaleidoscope.

Major promoters among recipients of funding for live performances