Review: Highly-anticipated, it is a crash course in how to ruin a good game 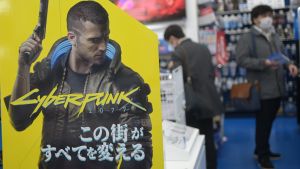 From the first moments of Cyberpunk 2077, gamers are immediately greeted with a retro-style 1980s vision of the future. Little did they realise it would be so retro on Playstation 4 that the game would look like a Playstation 3 game at best and run even worse than that.

Cyberpunk 2077 on PS4 [base console] is a buggy mess and a crash course in how to ruin a good game. Literally. The game crashed several times while playing, while friends and online users complained of similar issues.

The issues were so bad it has led to Sony removing Cyberpunk 2077 from its digital Playstation store following a deluge of complaints.

The game deservedly attracted massive hype. Blade Runner meets Grand Theft Auto, from CD Projekt Red the makers of the acclaimed The Witcher 3, it caught the world’s attention from its first teaser trailer in 2013. For a game that took so long to be released, and was delayed three times this year alone, it plays like a game that missed a crucial stage of production and needed another few months of testing.

This comes after the studio went back on its word and made the unpopular industry “crunch” time for workers mandatory during game development and had devs working excessive overtime to finish the game. The promotional material for the game suggested stunning graphics, taken from high-end PCs, promising something that 41 per cent of those who pre-ordered the game, for a console, will never see.

All in all, it seems the game production disaster equivalent of Apocalypse Now. Like Apocalypse Now, the ambition of Cyberpunk cannot be faulted, and the performance issues are especially disappointing when there are many things to commend. The score and setting successfully creates a haunting dystopian futuristic vibe. Keanu Reeves leads an excellent acting performance and the eclectic mix of characters you meet along the way are well developed.

The game begins with the selection of one of three lifepaths for the player character V (voiced by Irish actor Gavin Drea if you choose a male character): Nomad, Streetkid, or Corpo. This promises divergent story paths early on but they all somewhat disappointingly lead to the same main plot line.

The main story is intriguing, boosted by a multitude of ways to complete various missions that is quite impressive. The game shines when it sticks to closed indoor areas that take in less of the buggy open world, where inventive dialogue sets missions up nicely. Missions are varied and fun and well-placed within the cyberpunk genre, even if sometimes it is hard at the beginning to keep up with the techno jargon.

Outside of the main story, the world is teeming with side-plots from fixers looking for you to deliver on odd jobs around the city, with many monetary rewards to be obtained.

The game is branded as an RPG but the options to develop your character are a little shallow after the opening selection. However, the variety of ways to improve your character’s skills through experience points and perks, choosing what V will excel at, scratches the RPG itch and an assortment of weapon modifications help make the quick-fire combat one of the stronger aspects of the game.

Driving in Night City is overly sensitive at times with odd physics, while the wanted system after committing a crime is erratic. In general, travelling around Night City is not as compelling to explore as it should be due to the unacceptable level of performance on PS4 – glitches are plentiful and, even aside from technical issues, NPCs lack the level of detail set by other open-world games.

Overall, this is no last hurrah for the Playstation 4. It is hard to imagine this as the ground-breaking game to “change the industry” as was promised by some – even on more powerful hardware – but there is still potential for it to be one of the better games of the first year of the Playstation 5 when it is released in 2021, should the considerable performance issues be addressed.

Those that question the capabilities of “seven-year-old hardware” need only look at the flawless and beautiful PS4 worlds created this year in Ghost of Tsushima and The Last of Us Part II. It is not an acceptable excuse to blame the “dated” hardware of the PS4 when that it is the largest market for a game that was originally going to be released in April 2020.

A significant patch may somewhat salvage the last-gen consoles, but currently it is impossible to recommend a AAA game with such issues. Wait on significant fixes, or even better yet wait for the PS5 version, before you buy.