The Visit review: M Night Shyamalan gets back on ghost train 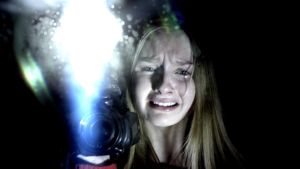 It now feels as if 1999 happened in a whole other century. There was, at the time, a lot of talk about a renaissance in American cinema. David O Russell, Spike Jonze and David Fincher were on the rise. The first Matrix episode emerged. A few of the directors swept up in the imagined wave prospered. Some did not. Among those who fared worst were the men behind two highly original tales of the macabre. M Night Shyamalan, triumphant with The Sixth Sense, eventually fell into such ill-advised projects as The Lady in the Water, The Last Airbender and After Earth. The directors of The Blair Witch Project were last seen wondering whether you wanted “fries with that”.

These facts are worth mentioning because, in his much-rumoured “return to form”, Shyamalan takes to the found-footage format that Blair Witch exploited to such nifty effect. In the interim, we’ve seen too many films allegedly shot on consumer-level equipment by the terrified (but implausibly steady-of-hand) central characters. It is among the least of The Visit’s pleasures that the conceit rarely becomes irritating.

Yes, the camera is occasionally abandoned on what accidentally turns out to be an enormously convenient shelf. True, there is more calm in the face of mortal danger than even the bravest war photographer could manage.

But Shyamalan has such fun with his young cineaste’s pretensions – once asking her brother to stand by a rocking swing for dramatic effect – that it becomes hard to care about the logistical infelicities. She is very deliberate in her aesthetic choices and the images profit from that creative ambition.

Rebecca (Olivia De Jonge) and Tyler (Ed Oxenbould) are dispatched to visit their hitherto estranged grandparents when their mother (the reliably delightful Kathryn Hahn) goes on a singles cruise. The rural eccentrics turned away from their daughter when she ran off with an older man and, now he’s vanished, are keen to belatedly embrace the next generation.

Rebecca decides to make a documentary about the trip. When she first encounters Pop Pop (Peter McRobbie) and Nana (Deanna Dunagan) at the station she feels she may end up gesturing to Norman Rockwell: home baking, warm hearths. Before terribly long, it becomes clear that her film (not to mention M Night’s) is in American Gothic territory.

Nana declares bedtime is 9.30pm and that it is probably best if the children remain in their room after that point. Peeking her head around the corner of the door in the wee hours, Rebecca sees Nana wandering the corridors projectile vomiting. Still stranger things are happening in Pop Pop’s woodshed.

The film’s attempts to blend believable adolescent anxieties with high macabre – carried off so brilliantly in The Sixth Sense – generate the odd inharmonious chord here. More seriously still, Shyamalan, who otherwise goes back to basics, appends a wildly irrelevant, tonally confusing epilogue that flattens the mood after the grandest of Grand Guignol endings.

When it attempts contemporary variations on Hansel and Gretel, The Visit is easily successful enough to justify those suggestions of a return to form. The moment where (it’s in the trailer; so this can’t count as a spoiler) Nana invites Rebecca to climb into the oven is so deliciously broad you feel like rocking back in grateful applause. The jump shocks are rationed to judicious effect. The older cast members cackle in ways that will delight vintage horror fans and cause some concern for mental health charities.

What about the trademark Shyamalan twist? When I say I guessed what was going on about two-thirds of the way through, I mean that as a compliment (to the film, not to myself). The clues are there. It is an entirely fair narrative reversal. What a pleasure it is to have MNS back on the ghost train.